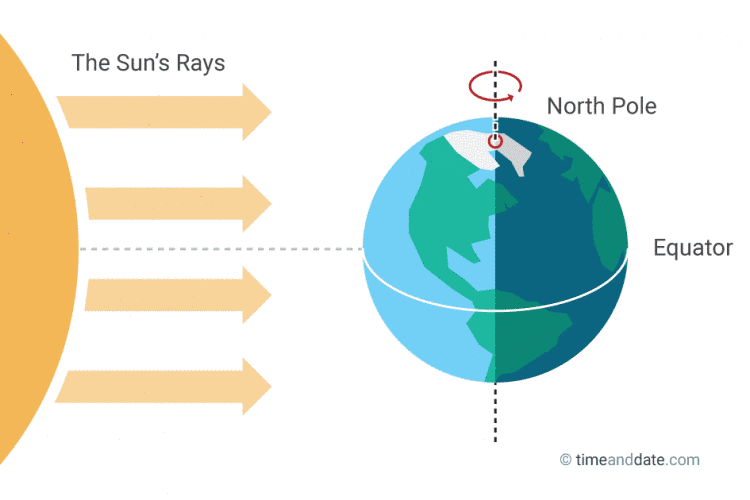 Figure 1. On the equinox the Earth's axis is perpendicular to the Sun's rays.   Equinoxes occur because the axis of the Earth's spin, its polar axis is tilted at an angle of 23.5° to the plane of its orbit around the Sun (not to scale).

In March, the Sun is travelling northwards across the equator.

On 21st March there will be a full Moon, known as the Worm Moon (figure 3) and it is usually considered the last Full Moon of winter. It is also called Lenten Moon, Crow Moon, Crust Moon, Chaste Moon, Sugar Moon, and Sap Moon. It marks the end of winter, and the start of spring and the Full Moon is named after the earthworms that emerge at this time of year. Sap Moon or Sugar Moon mark the time for harvesting maple syrup from maple tree saps. Another name is Crust Moon, after the crust which forms on top of snow as it melts and refreezes. Chaste Moon refers to the purity of the spring season, while Crow Moon signifies that crows appear at the end of winter. Lentenis derived from Germanic languages and means spring, and has also given name to the Christian lent period before the Easter celebrations. 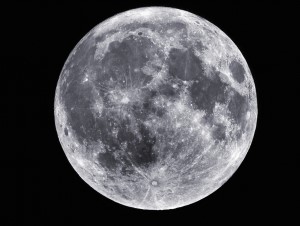 They will be too widely separated to fit within the field of view of a telescope, however, they should be visible to the naked eye or through a pair of binoculars (figure 4 & 5). On 27th March the distance of the Moon and Jupiter from Earth will be: 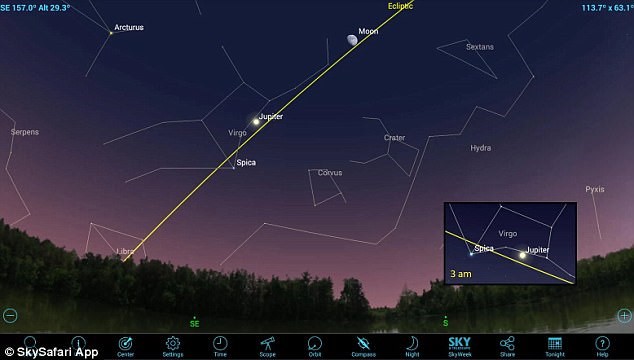 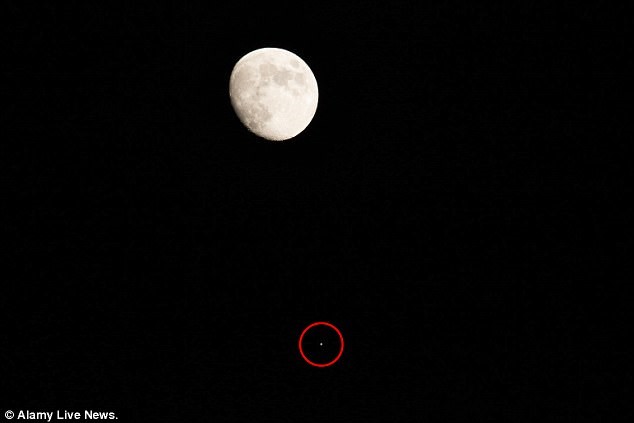 Figure 5. Jupiter visible to the naked eye as a tiny star-like object (circled) just below the moon (top).