On a clear night, gaze up at the sky for long enough and, you will see shooting stars and maybe even spot a comet.

On a clear night, gaze up at the sky for long enough and you will see shooting stars and maybe even spot a comet.

There is something magical about a shooting star as its brief final sparkle ends its epic voyage through the universe. There is romance in shooting stars and awe in watching comets. Shooting stars and comets embody the length and brevity of time and space in both their mystery and predictability. Looking up at these sky bound wonders connects your adventures on earth to the universe and its splendour.

There are several hundred comets that spend most of their lives flying among the planets of the inner Solar System. These comets leave trails of gas and dust behind them. The trailing dust becomes meteors, and as these crash into the thin air of the Earth’s atmosphere the dust burns up.  These bright streaks of light across the night sky are known as shooting stars.

Gaze upwards on a clear night sky and you will eventually see a brief trail of light left by a shooting star.  These amazing streaks of light you can sometimes see in the night sky are caused by tiny bits of dust and rock called meteoroids falling into the Earth's atmosphere and burning up. The short-lived trail of light the burning meteoroid produces is called a meteor.

Meteors are commonly called falling stars or shooting stars. If any part of the meteoroid survives burning up and actually hits the Earth, that remaining bit is then called a meteorite."Meteor" refers to the flash of light caused by the debris, not the debris itself. Meteors can be seen at any time, but the best time to look for them is during periodic showers.

At certain times of year as the Earth passes through clouds of space dust there will be amazing meteor showers and as many as 100 shooting stars can be seen in an hour! The most visible ones happen in August, October and December.  As if especially for Wales, October’s Draconid meteor shower radiates from the fiery mouth of the northern constellation, Draco the Dragon, and fills the night sky with a fantastic display.

There are about 20 main meteor showers a year, and some of them produce as many as 50 shooting stars a minute. Occasionally, the sky is filled with shooting stars. The most famous “meteor storms” are linked with the Leonid shower, which takes place every year between 14 and 20 November. The shower has been so amazing that in the past it looked like the glitter of falling snow!

Ancient people were troubled by comets – these fiery orbs were said to bring bad luck or foretell disaster. In fact comets are largely made up of ice and are so small and so very far away that we cannot see them, even in the biggest telescopes. They can be seen when they head inwards toward the Sun and form a distinctive flaming tail of gas and dust. Some comets take only a few years to swing around the sun and back into view. Halley's comet  takes 75-76 years and will next be seen in 2061. Other comets appear once and disappear back into the galactic abyss - never to be seen again.

Look at the Stargazing pages for more information. 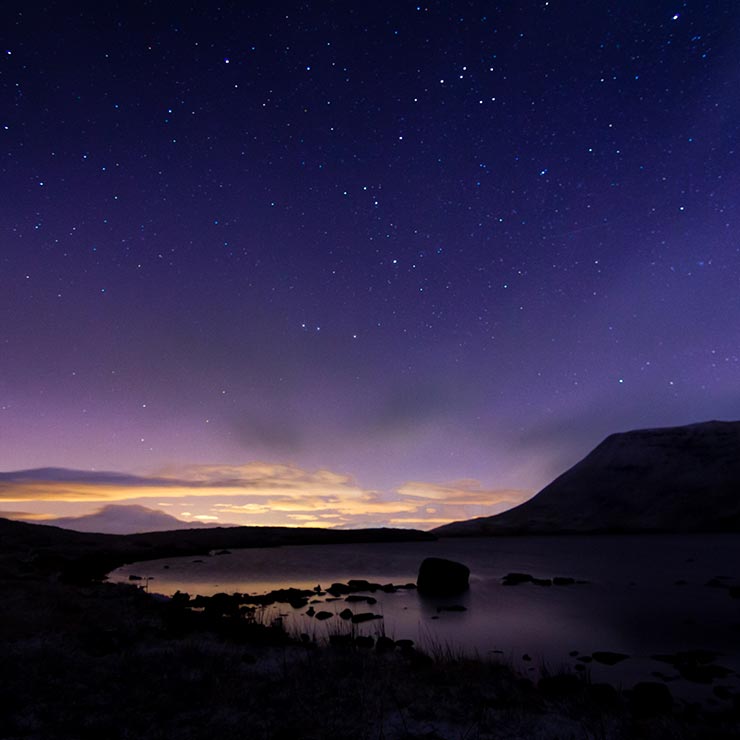 The amazing dark skies of the National Parks provide wonderful night sky viewing opportunities for stars, planets and the moon all year. 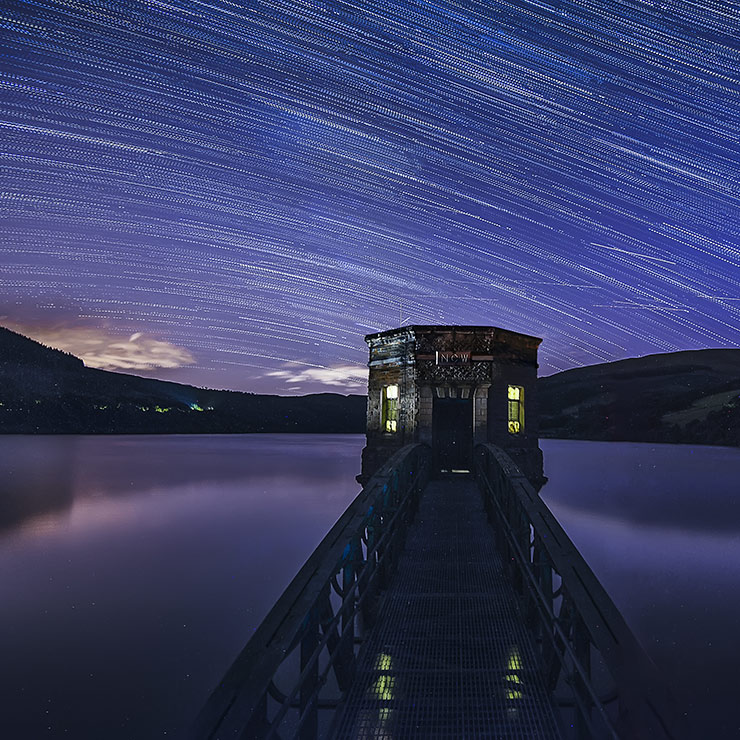 Put your coat on, grab your camera and dip into the exciting world of night-time photography. 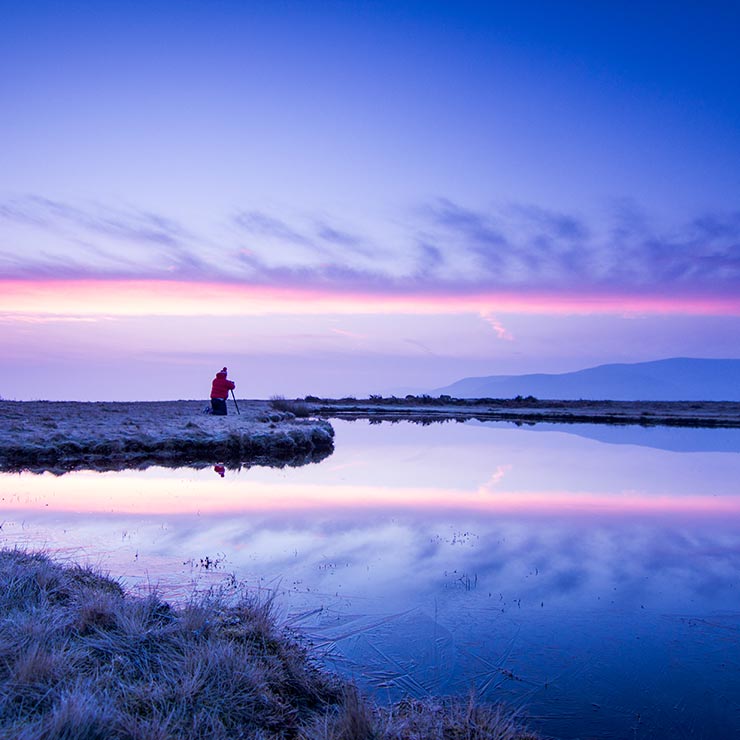 The clean air and majestic landscapes of Wales make an idea setting for the beautiful red and orange colours of a sunrise or sunset.