3rd Conjunction of the Moon and Saturn (figure 1). They will be visible in the dawn sky, from 03:03 (BST) and will be above the South Eastern horizon before disappearing from view as dawn breaks, approximately 05:20. Both will be visible to the unaided eye. Saturn will be 1484 million km from Earth, while the Moon will be 378601 km from Earth. Both objects will be closer to Earth than they were in April. Both bodies will be in the constellation Capricornus (figure 2). 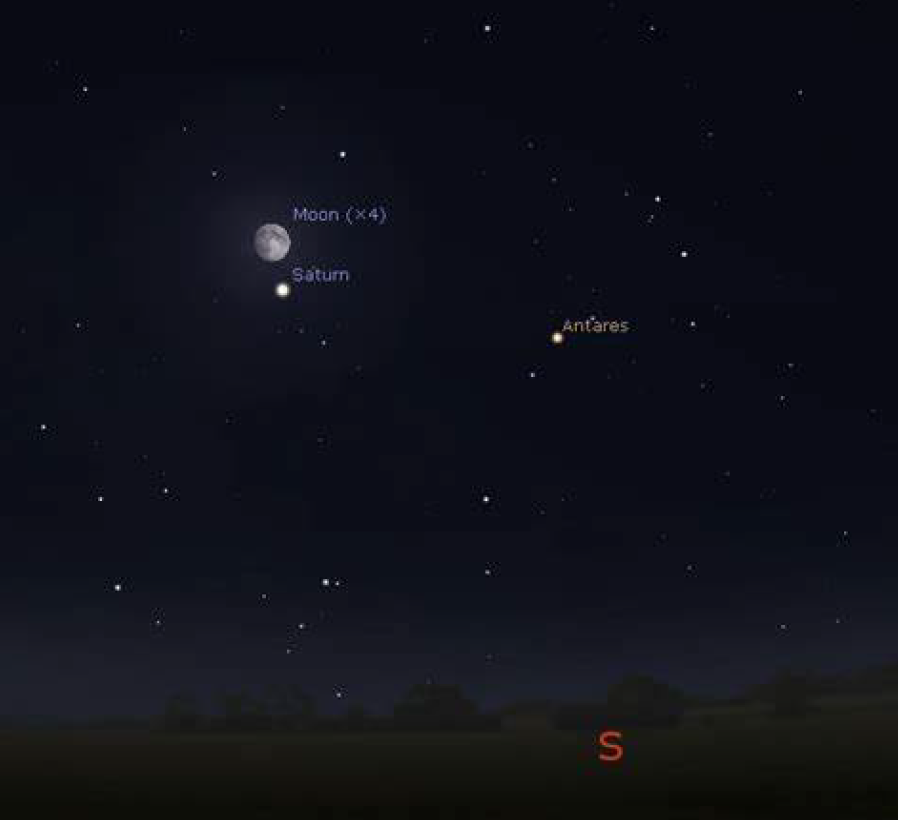 Figure 1: Moon and Saturn in conjunction. 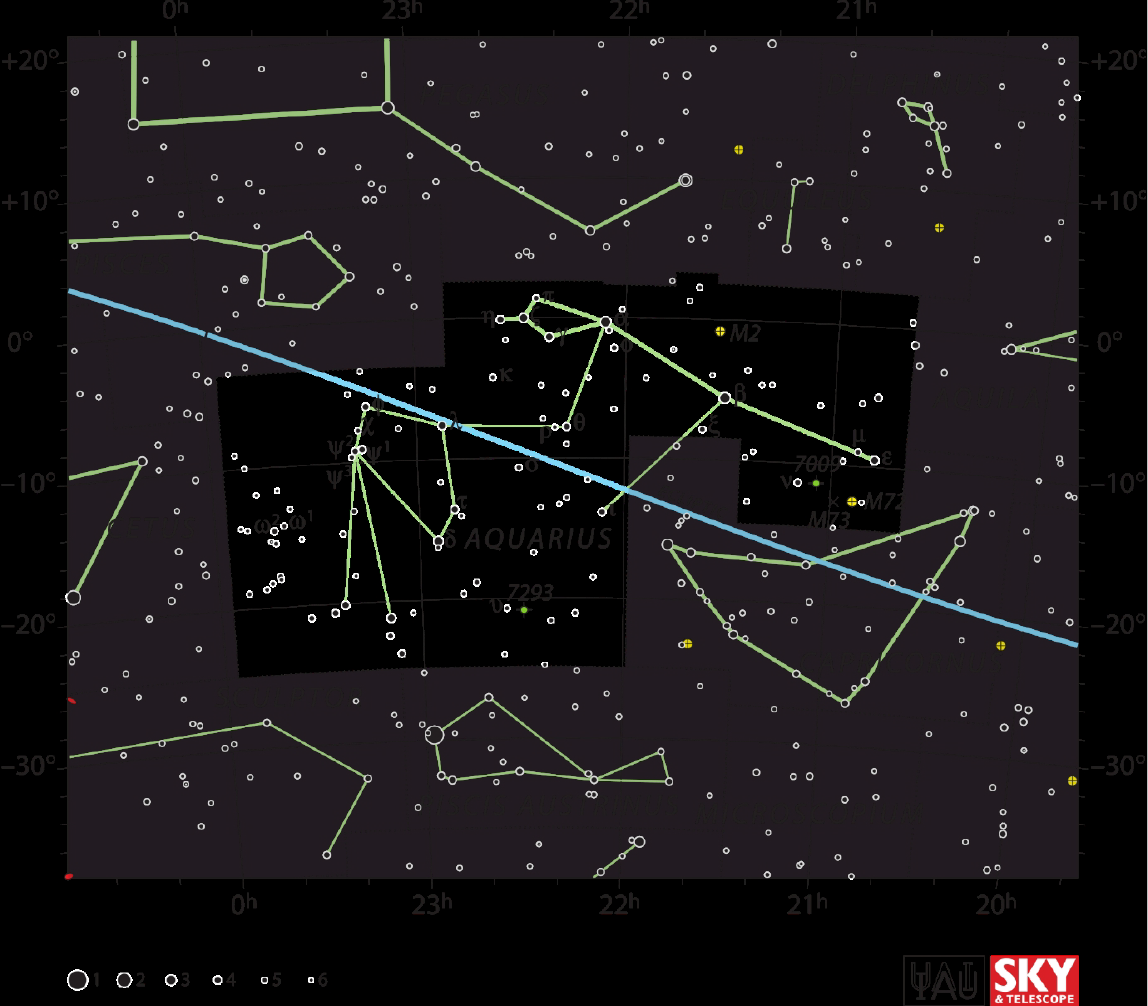 4th Conjunction of the Moon and Jupiter (figure 3). They will be visible in the dawn sky, rising at 03:35 (BST) and attaining 12° above the South East horizon before disappearing as dawn breaks approximately 05:20. Visible to the unaided eye or with a pair of binoculars. The Moon will be 384209 km distant from Earth, while Jupiter will be 780.9 million km from Earth. The two bodies will appear in constellation Aquarius (figure 2). 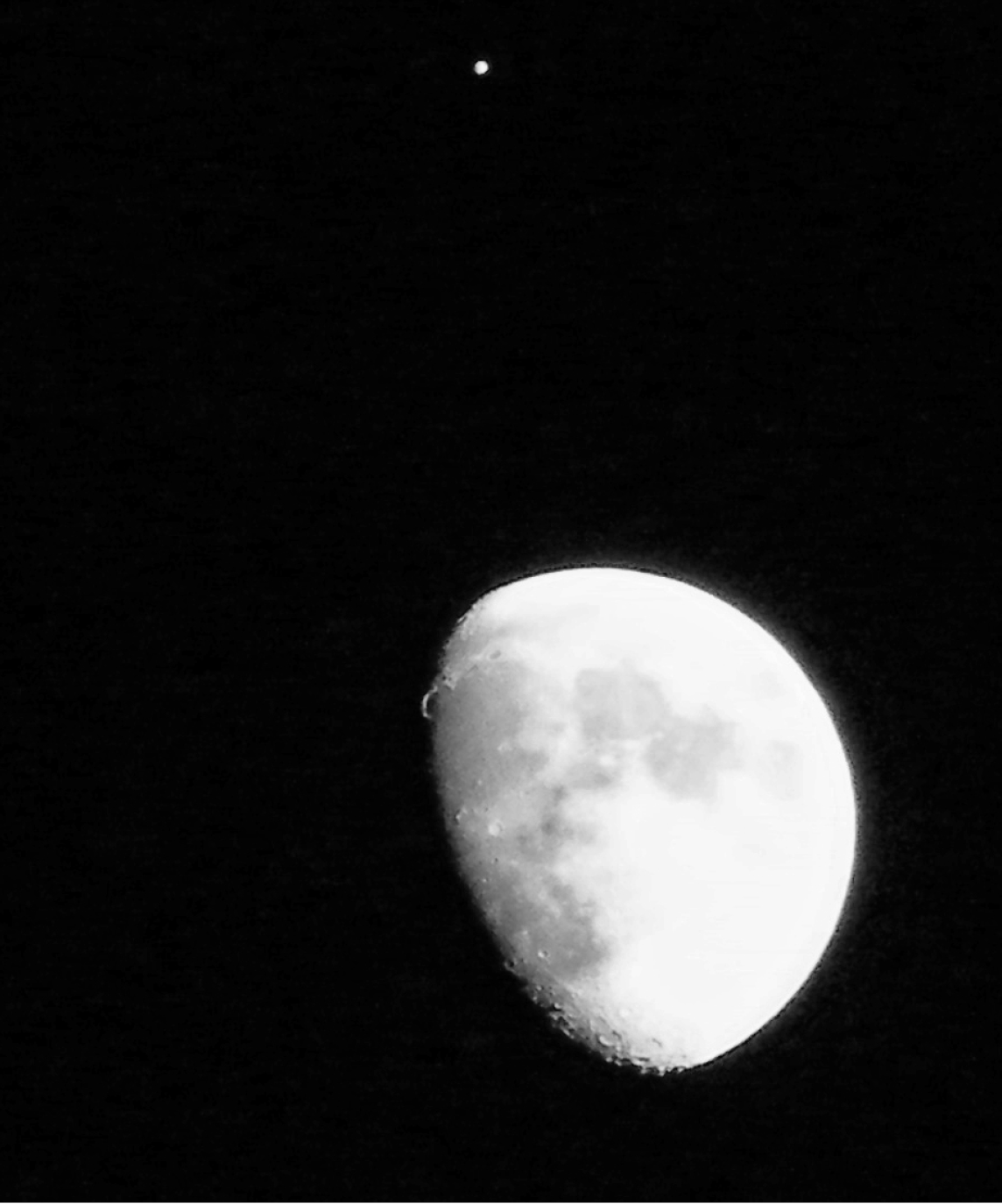 6th: η (Eta) – Aquarid meteor shower (figure 4). Active from 19th April to 28th May, having peak of meteors approximately the 6th May. It might be possible to see η-Aquarid meteors whenever the radiant point, in constellation Aquarius (figure 2), is above the horizon. Meteor shower will be visible approximately 02:55 each night, when radiant point is above Eastern horizon. Remaining active until approximately 05:00. There is a possibility of seeing 12 meteors per hour. η Aquarids are small pieces of rock from Halley's Comet, a well, known comet visible from Earth approximately every 76 years. As the comet orbits close to the Sun, the rocky body deteriorates under the Sun’s extreme heat and releases fragments of the rocky comet. 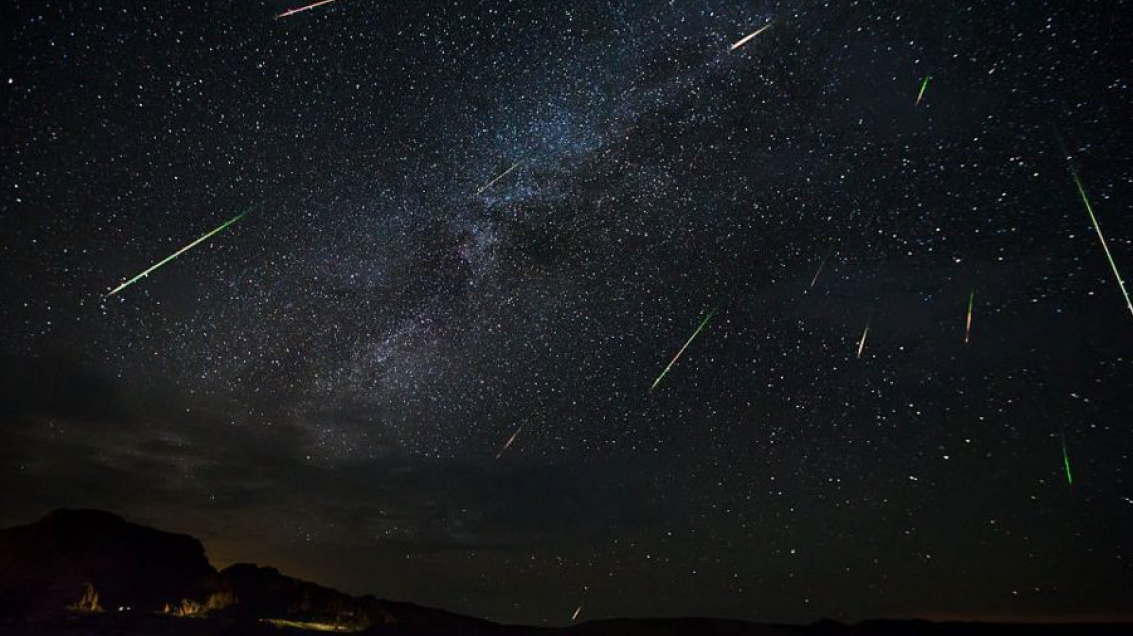 8th: η - Lyrid meteor shower (figure 5). Active between 3rd May and 14th, having peak of meteors on approximately the 8th. In constellation Lyra (figure 6), it will be active throughout the night. Expected to reach peak activity, 17:00 BST on the 8th, so best displays will be after dusk. Possibility of seeing upto 18 meteors per hour at peak. 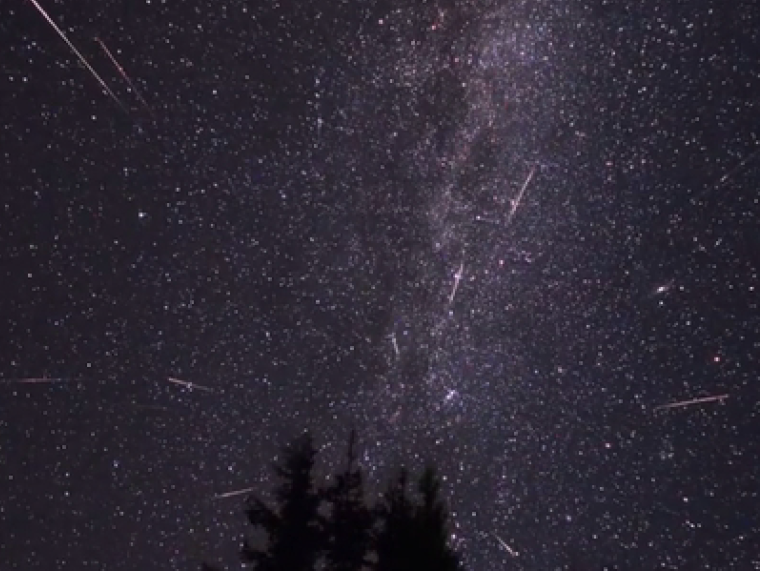 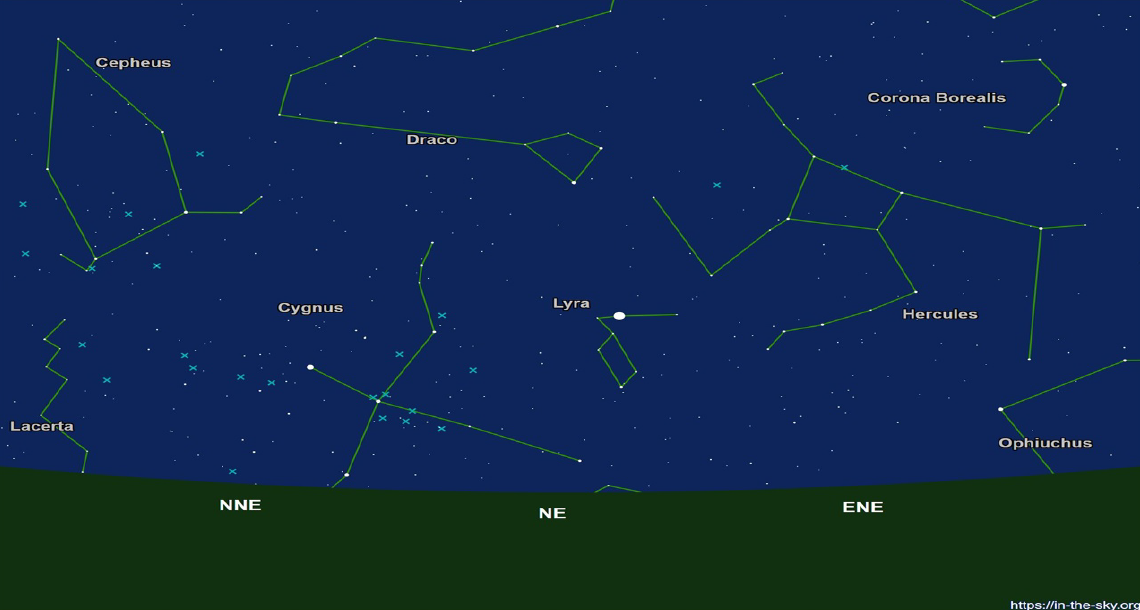 13th: Mercury will reach highest position in the evening sky (figure 7). It will be difficult to observe, it will reach a peak altitude of 16° above the horizon at Sunset on the 14th. Mercury will be 135.7 million km from Earth.
It is worth a challenge attempting to spot it. 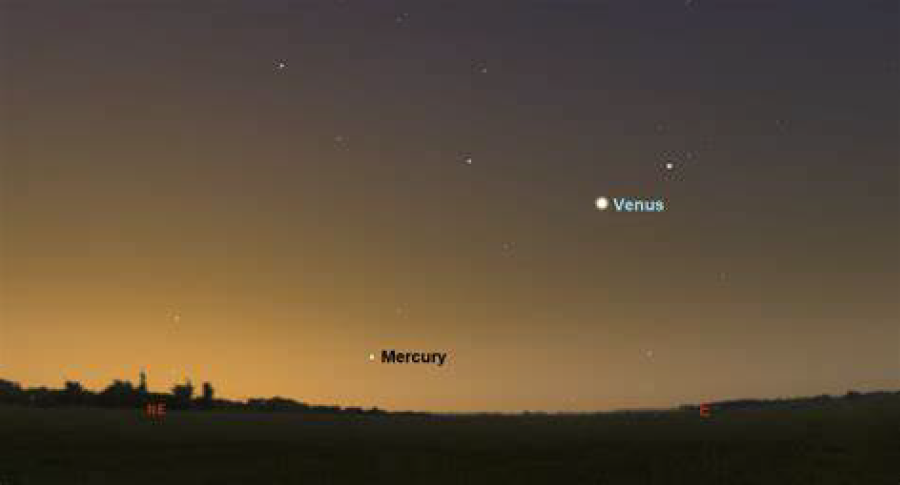 26th: Full Moon (figure 8). The Moon will be approximately 362814 km from Earth. Visible most of the night, rising at dusk and setting at dawn. 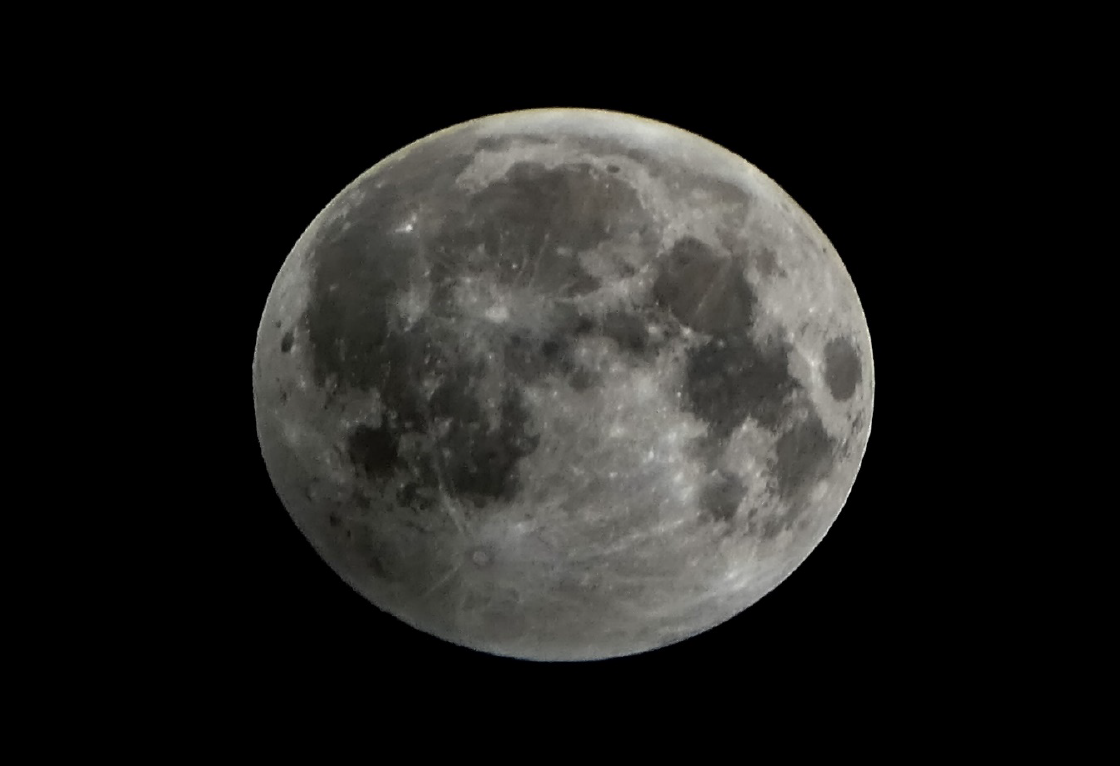