1st : Conjunction of Moon and Jupiter (figure 1). Visible in dawn sky, rising at 01:52 (BST), 3 hours, 11 minutes before the Sun, above South, Eastern horizon before fading from view as dawn breaks, 04:35. visible to unaided eye or with binoculars. At the same time, the two objects will make a close approach (appulse). Moon will be 381926 km from Earth, Jupiter will be 715.4 million km from Earth. To be found in constellation Aquarius. 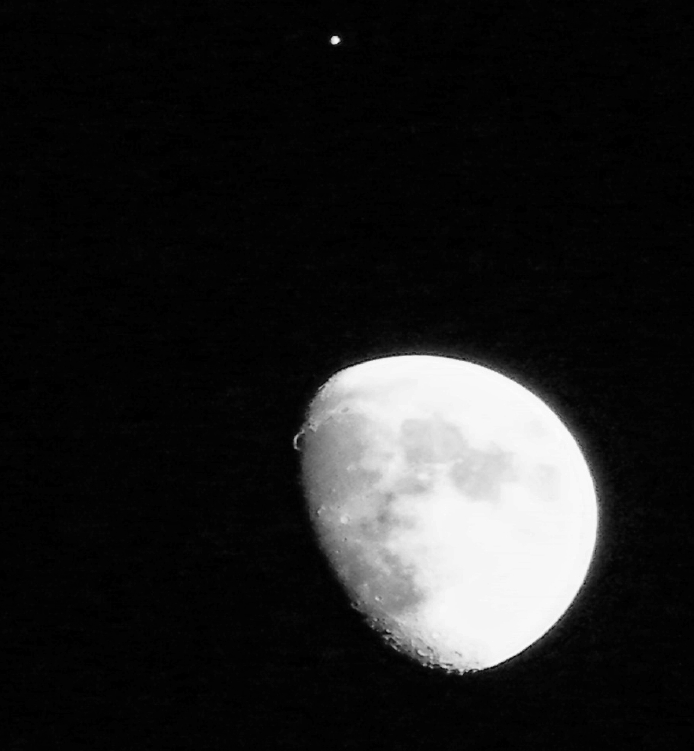 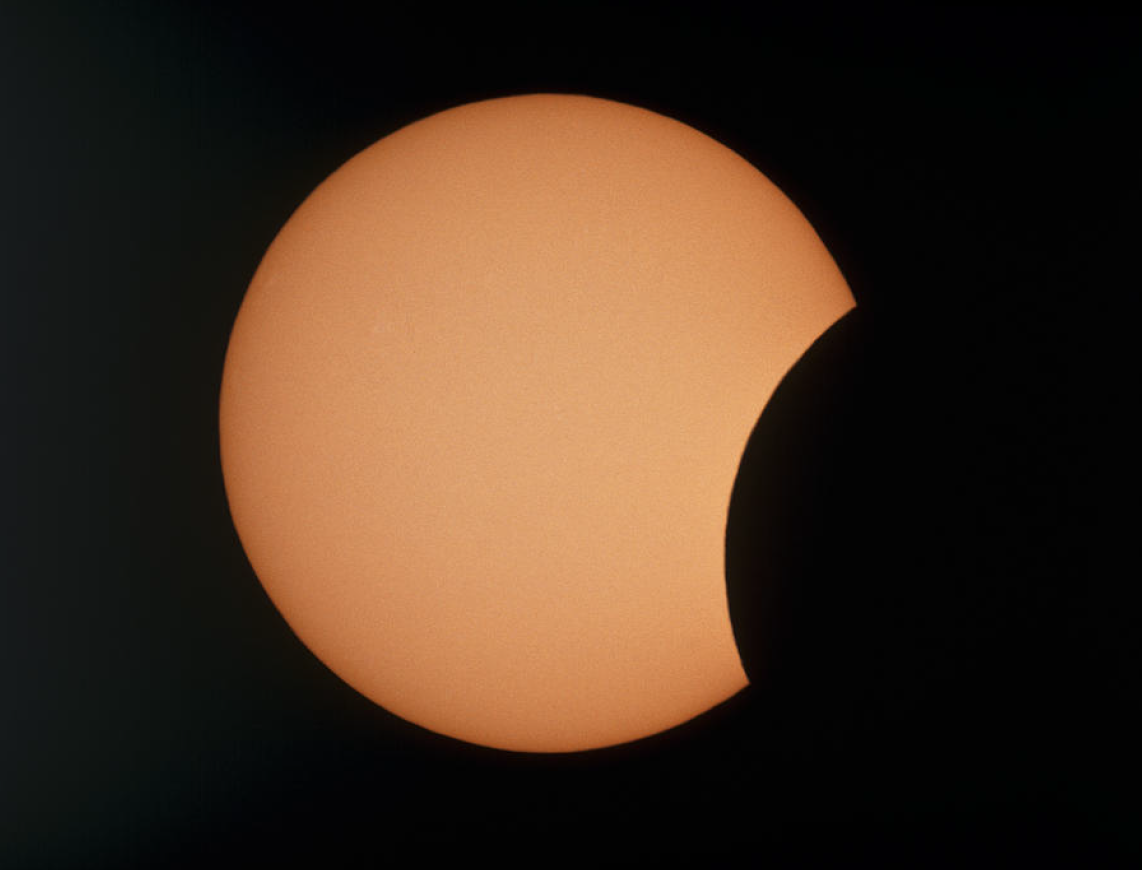 10th : Arietid meteor shower (figure 3/4) active until 24th June, producing maximum meteors between 7th and 10th. Shower will not be visible before 02:35 each night, when radiant point rises above Eastern horizon. It will remain active until dawn breaks, 04:10. At peak, shower is expected to produce 10 meteors per hour. Parent body, comet 96P/Machholz. Constellation Aries. 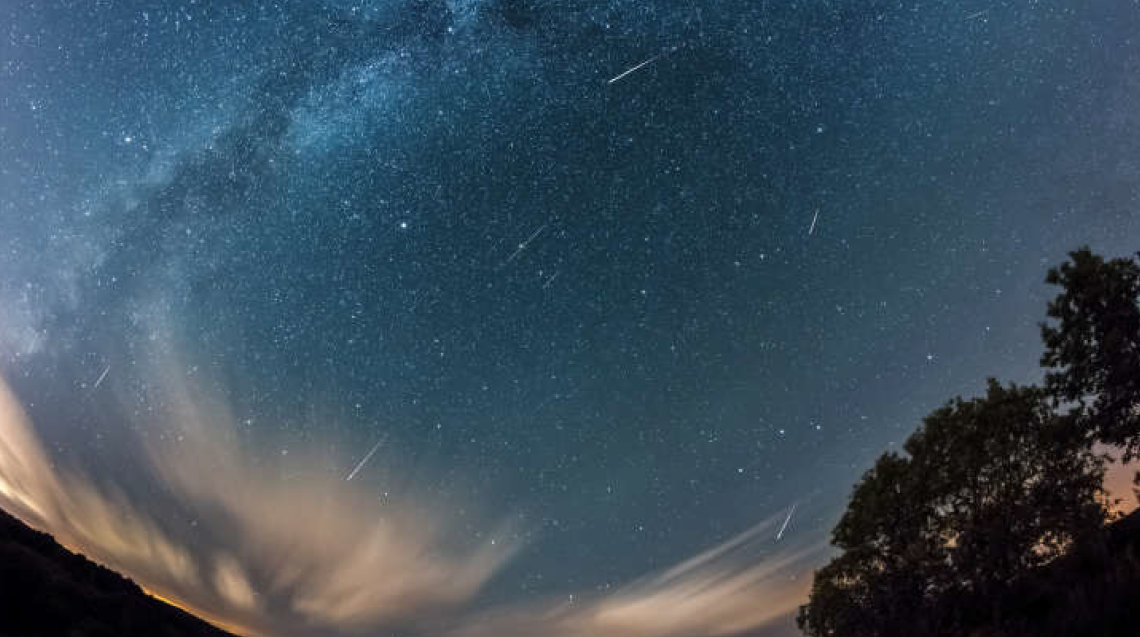 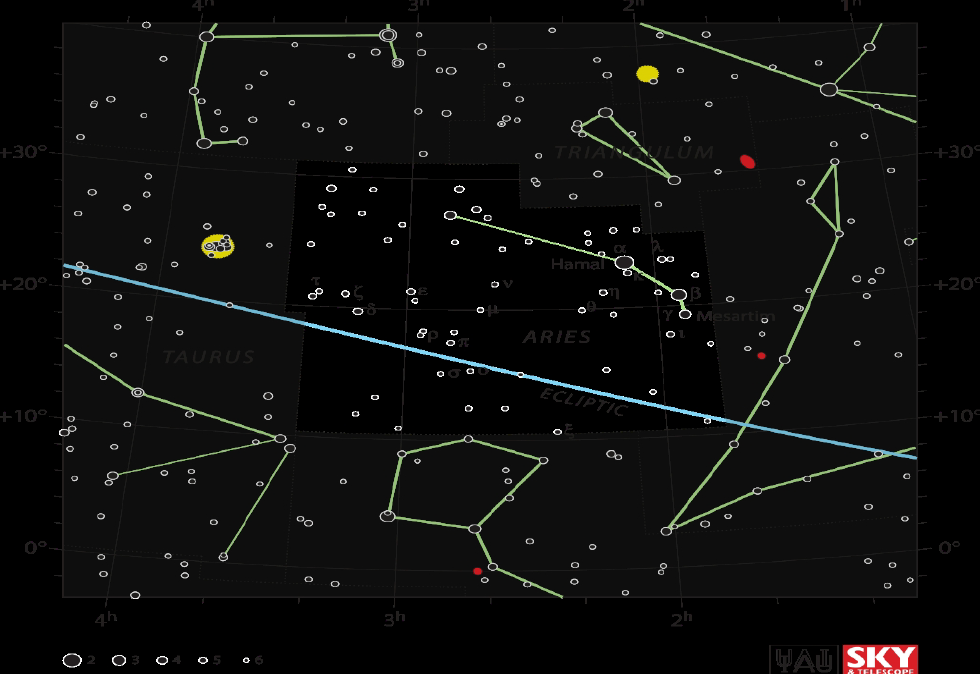 13th : Conjunction of Moon and Mars (figure 5). Becoming visible at 22:06 (BST) as dusk fades, above Western horizon. Moving towards the horizon, setting 2 hours, 30 minutes after the Sun. Constellation Cancer (figure 6).
Moon will be 392914 km from Earth, Mars will be 349 million km from Earth. 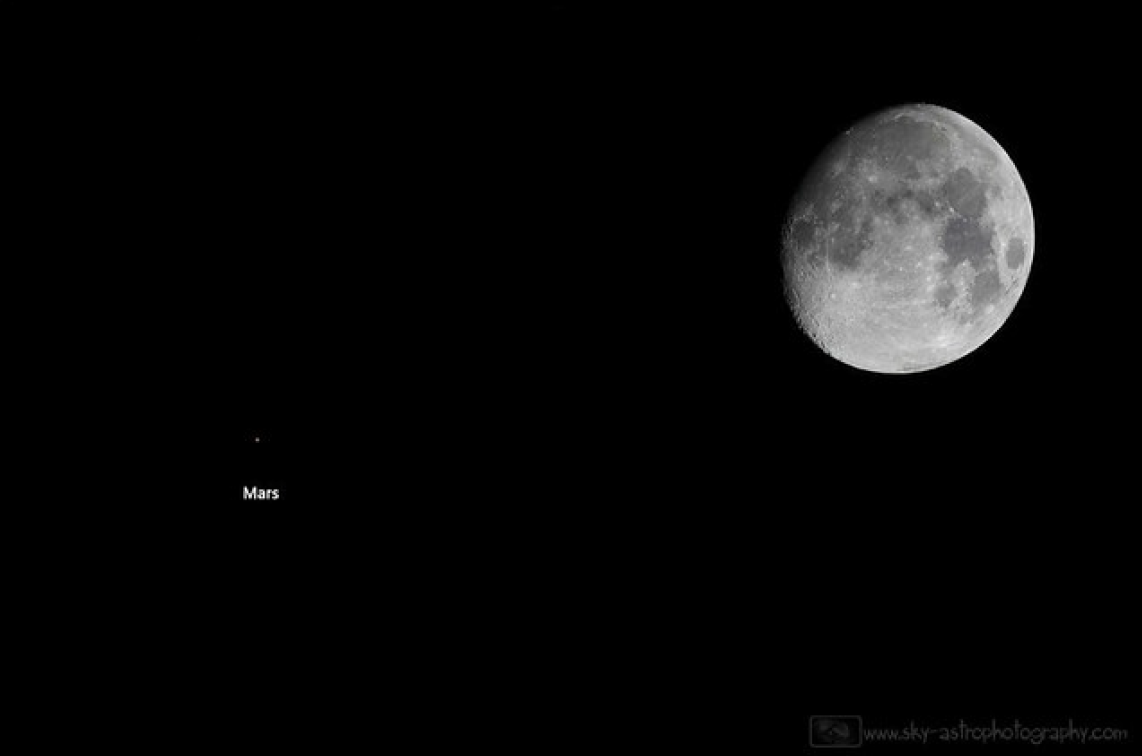 21st : June solstice (figure 7/8). Longest day of 2021 in the Northern hemisphere, midsummer day. The day when Sun's annual journey through the constellations of the zodiac carries it to its most Northerly point in the sky, in constellation of Cancer at a declination of 23.45°N. Considered by astronomers to be the first day of summer in the Northern hemisphere.
Earth will be 152 million km from the Sun. 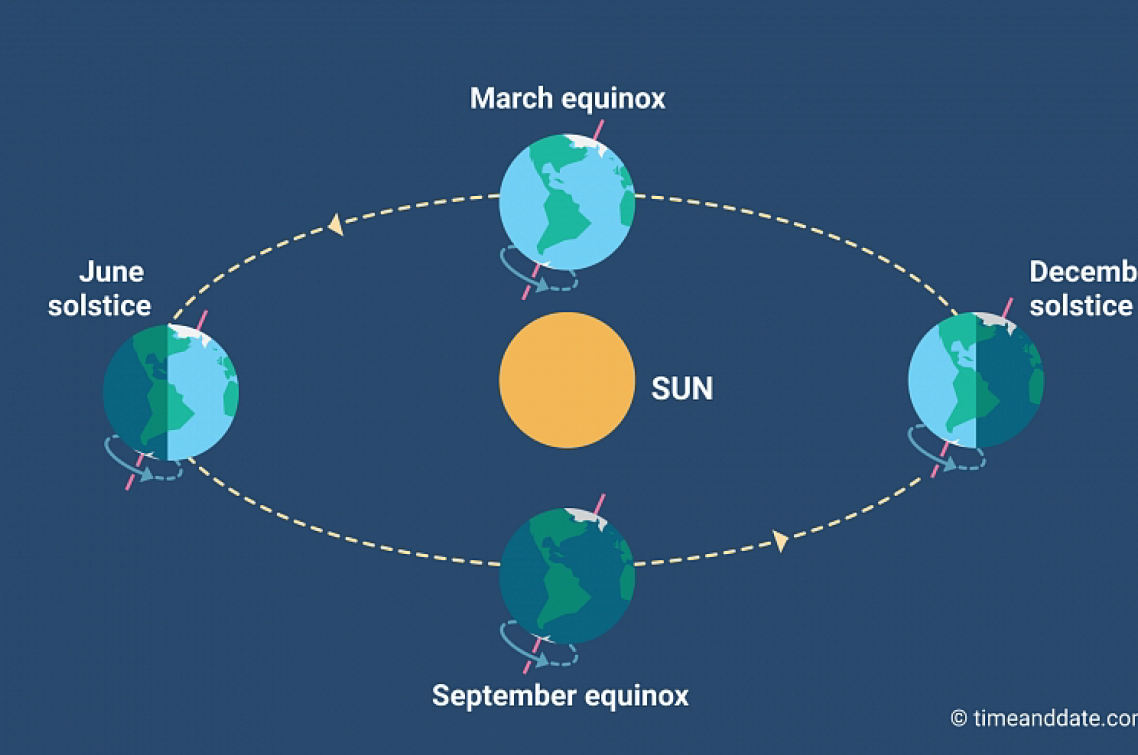 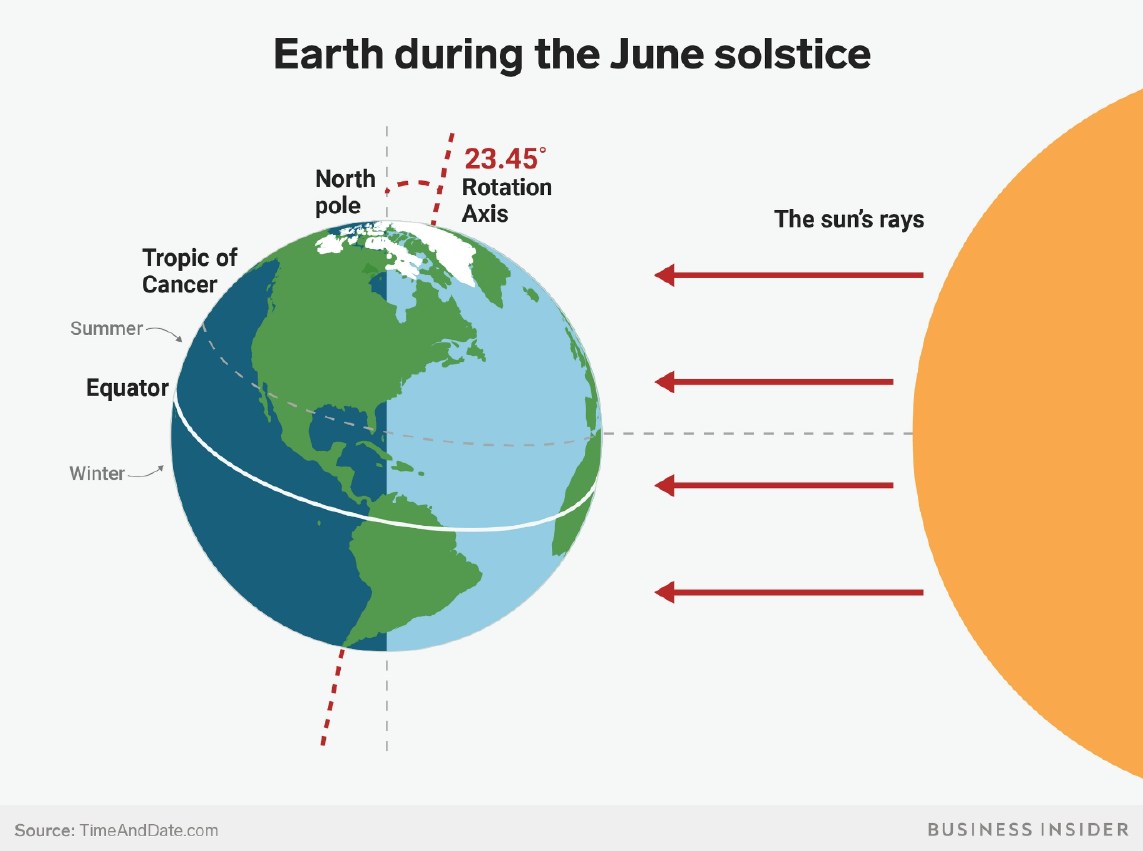 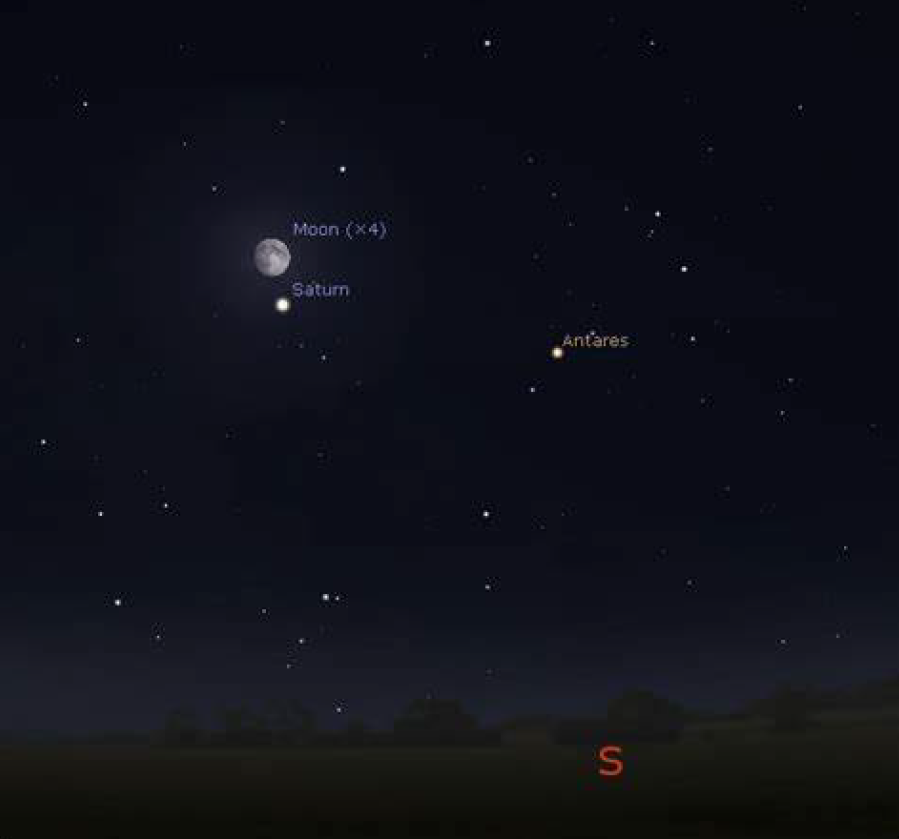 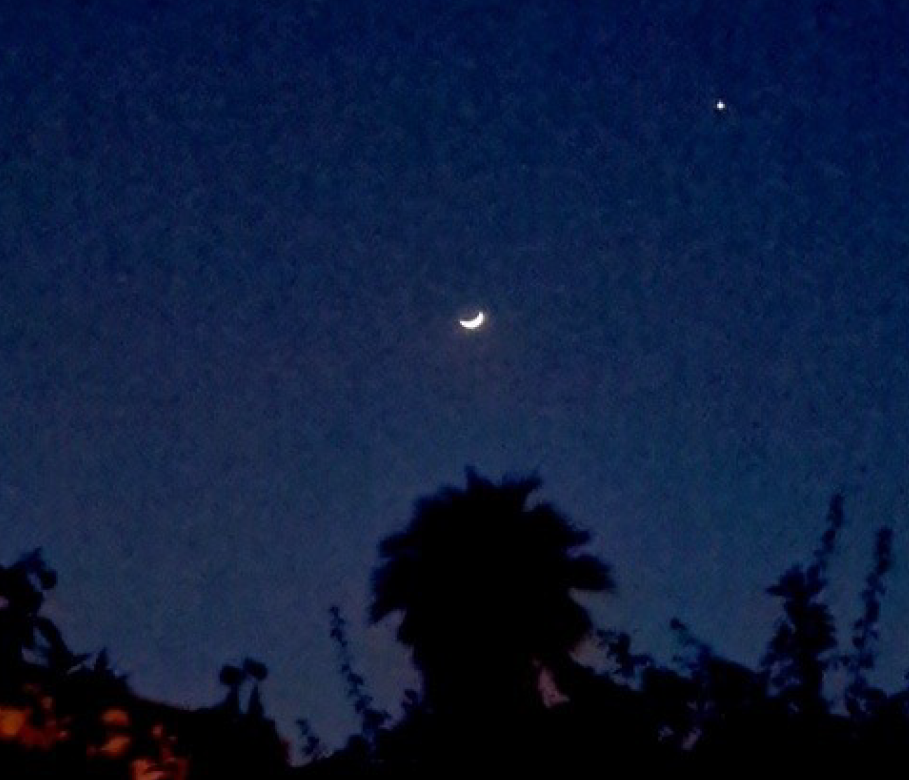 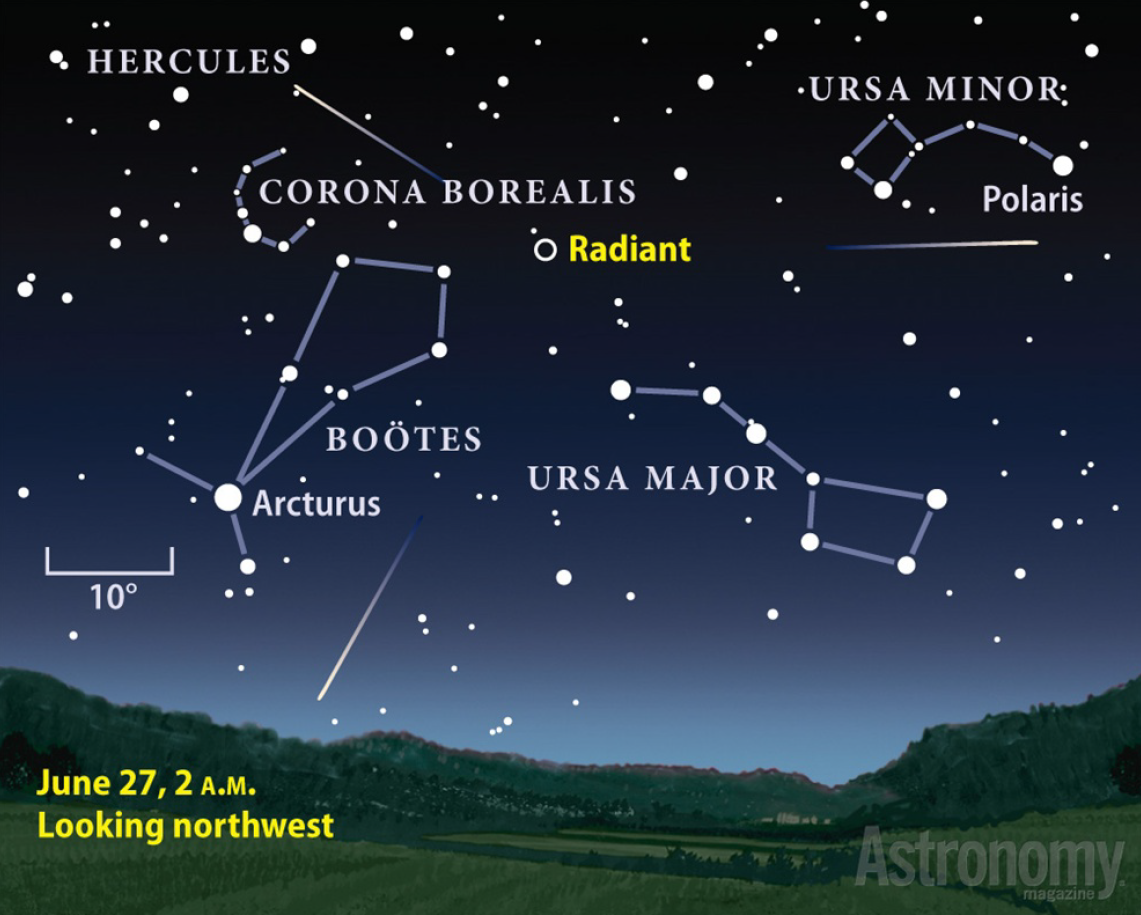 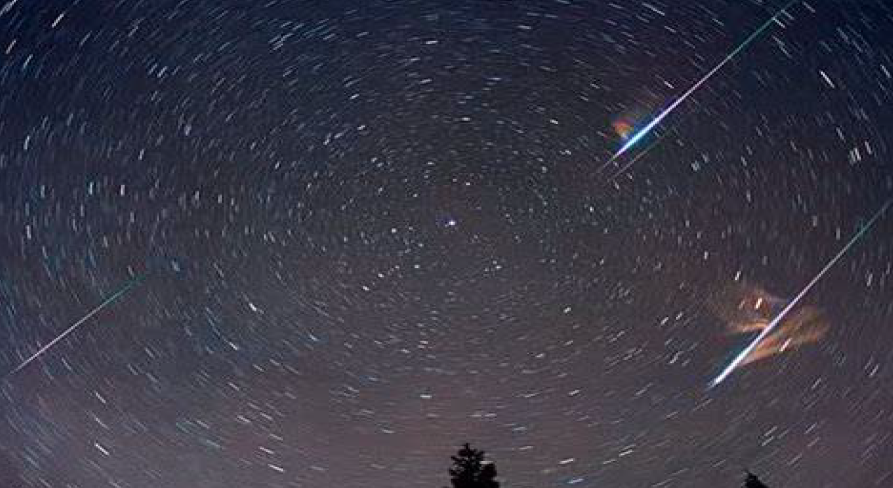 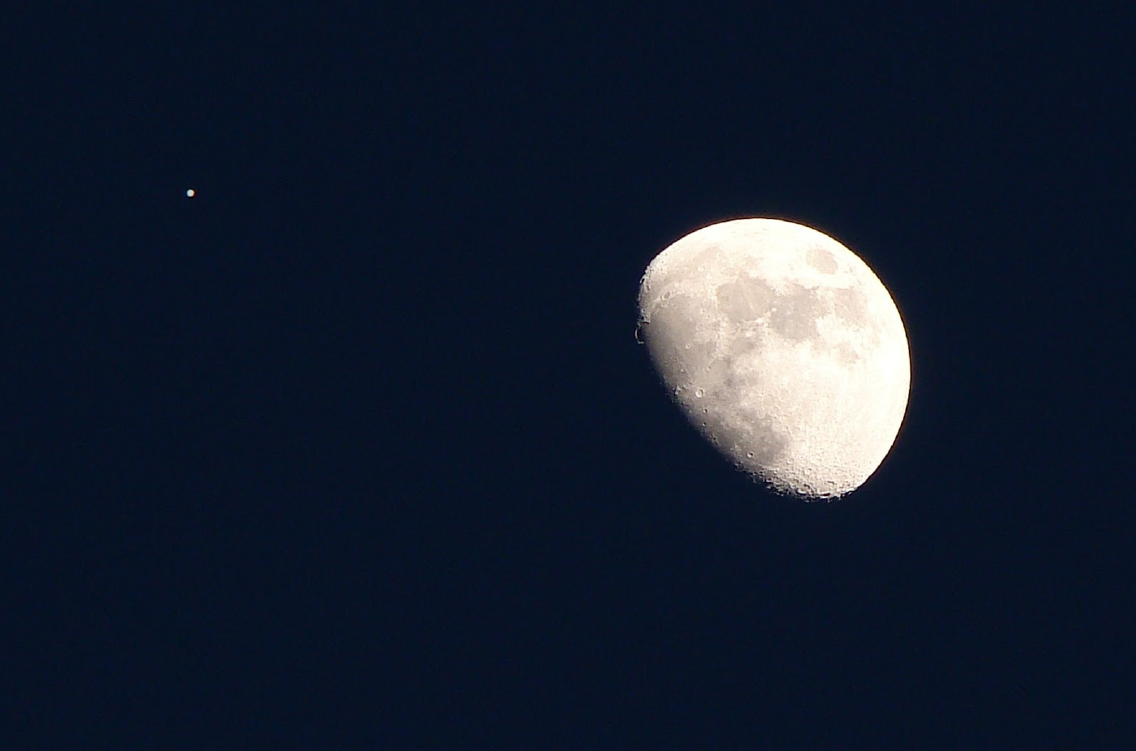 WARNING: Never attempt to view through binoculars, telescope or any optical aid an object near to the Sun. Also, never attempt to view the Sun, aided or unaided, doing so may result in immediate and permanent blindness. Always use astronomical approved viewing equipment.
The Stellarium software will assist greatly in locating objects in the sky.