18th: Conjunction of the Moon and Mars (figure 1). The Moon and Mars will make a close approach (appulse). They will be visible from 18:00 (GMT) when dusk fades, above Southern horizon. Setting at approximately 01:35. Visible to the unaided eye, with improved viewing using binoculars/telescope. Both will be in constellation Aries (figure 2). 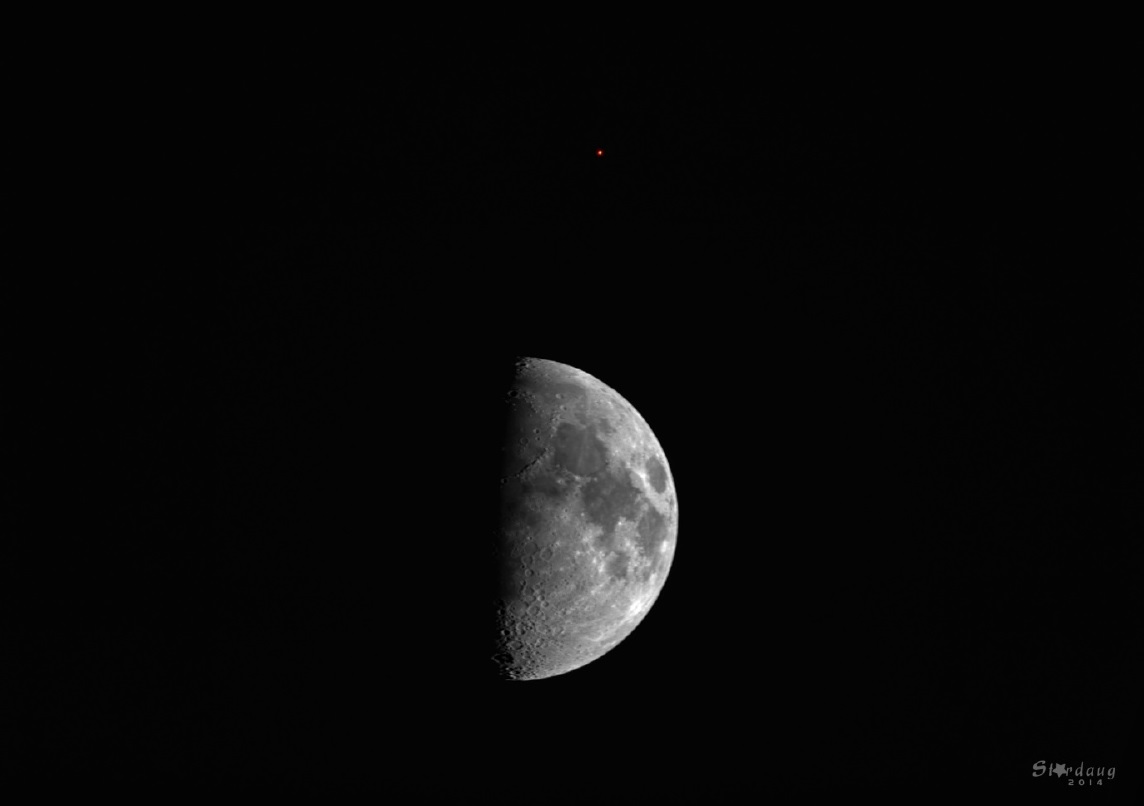 Figure 1: Conjunction of Moon and Mars. 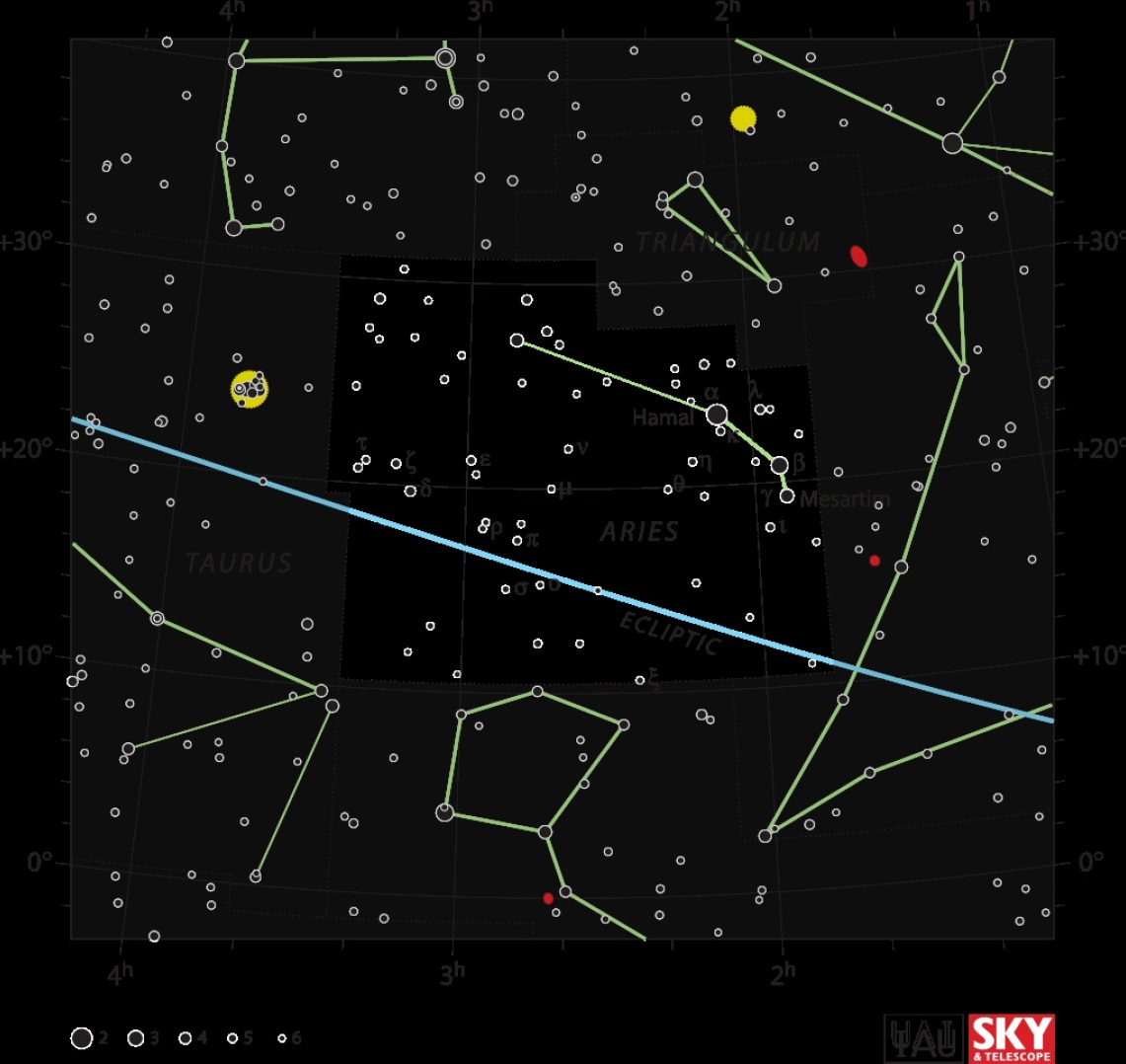 Figure 2: Moon and Mars will be situated midway between Aries and Taurus.

19th: Moon will be at first quarter (figure 3). It will be well visible in the evening sky. Visible from 18:00 (GMT) above the Southern horizon, reaching highest point approximately 18:15. It will be visible until 01:05. It will appear half illuminated at this point in its monthly cycle. The Moon will be in constellation Taurus, and it will be approximately 397982 km from Earth. 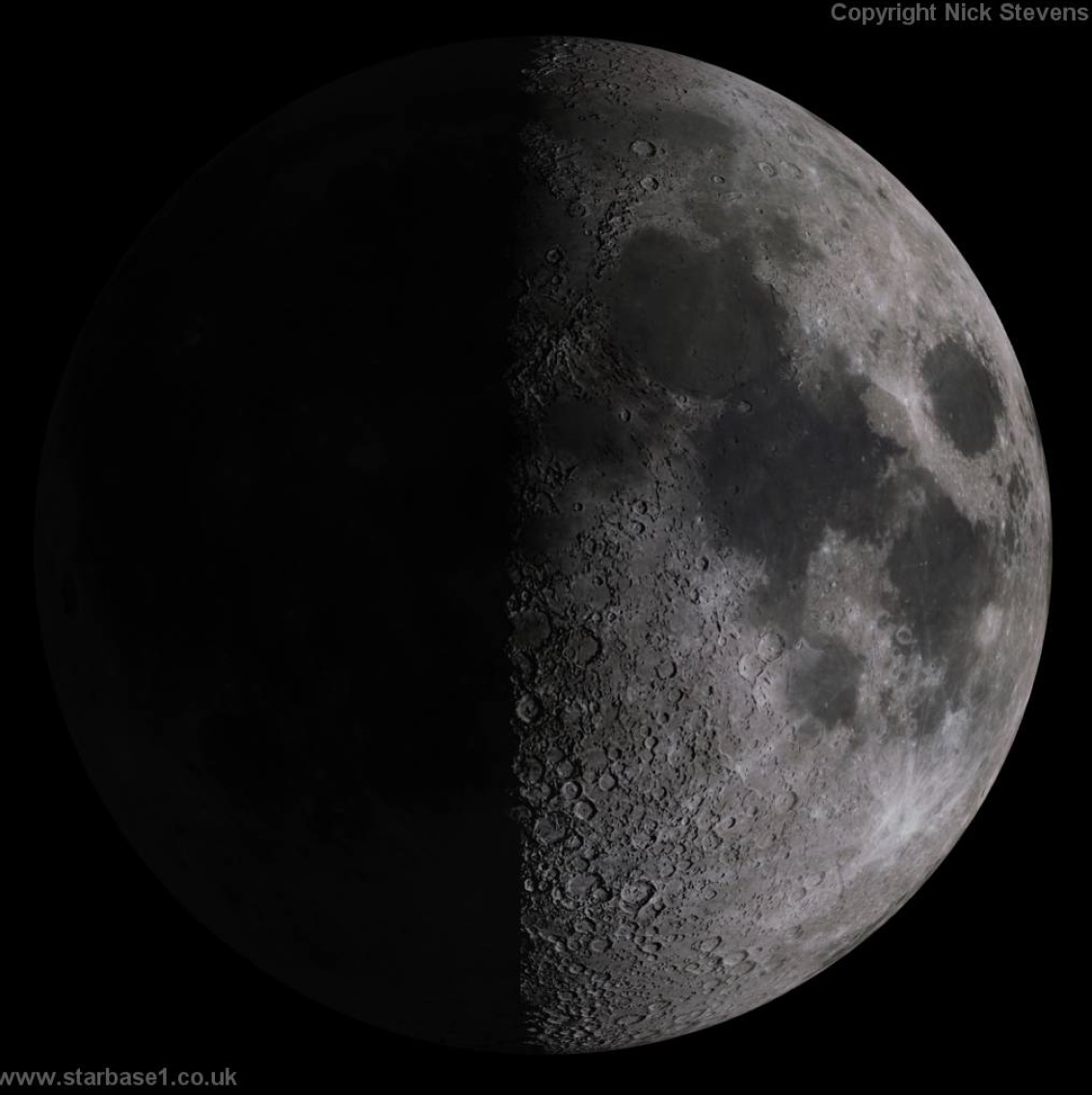 Over the following days, the Moon will set later each day, becoming visible during more of the night. Over a few days, it will not make it very far above the Eastern horizon before nightfall. By the time it reaches full phase, it will be visible for much of the night, rising approximately at dusk and setting at dawn.

24th: Mercury reaching highest point in the morning sky (figure 4).
Also, highest point in its February/March 2021 apparition, it will not be shining brightly. The apparition will not be the most prominent to observe, so will be a challenge to see. Peak altitude approximately 7 degrees above horizon at Sunrise on 25th. Mercury will be 118.8 million km from Earth. 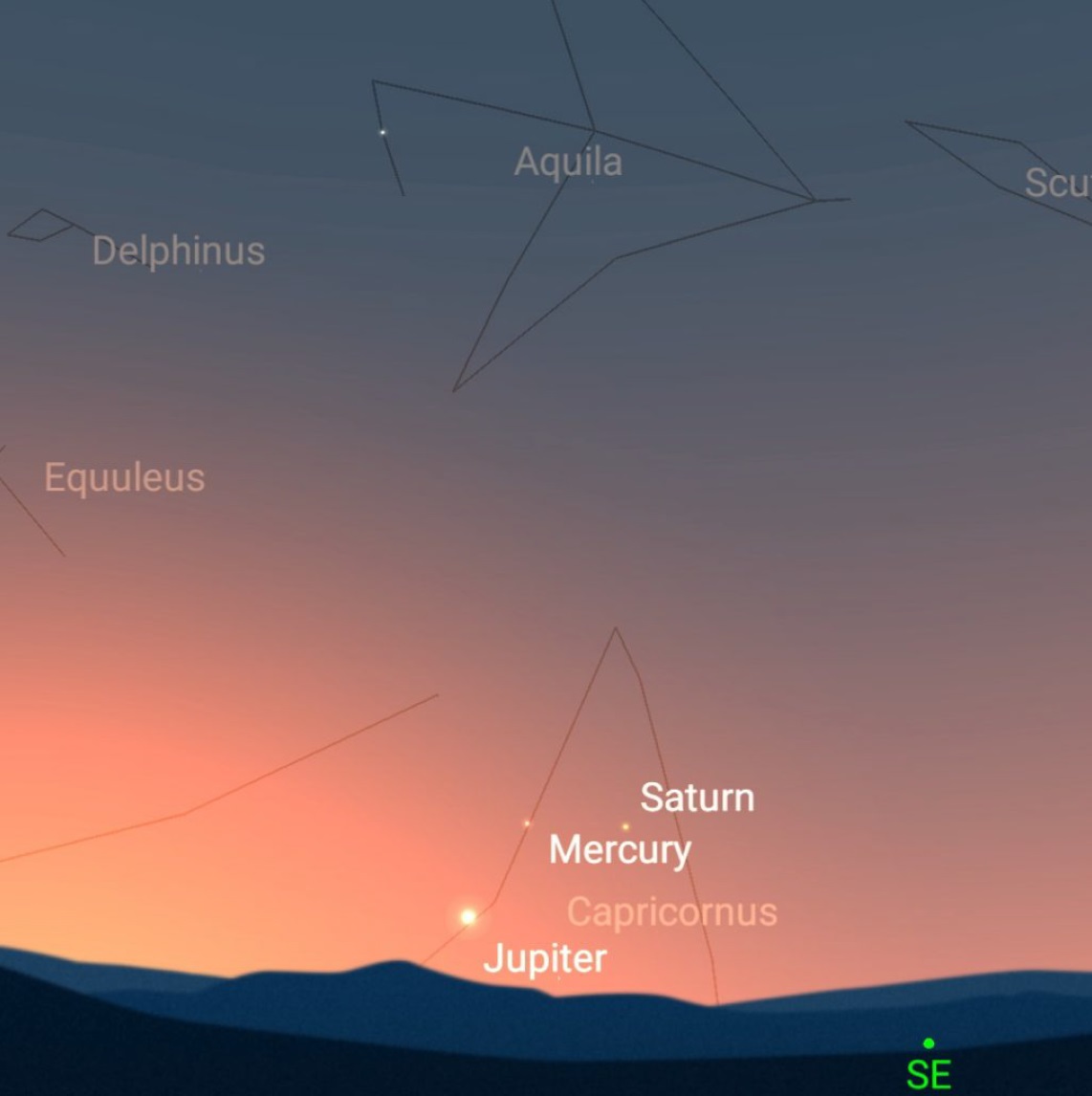 27th: Full Moon, almost directly opposite the Sun, placing it high above horizon for much of the night. Sequence of full Moons through the year are often assigned names according to the seasons in which they fall. February’s will be the third to fall in winter 2021, the Lenten Moon (figure 5/6). Nights following 27th, the Moon will rise approximately one hour later each day, becoming prominent later in the night. Over a few days, it will only be visible pre, dawn and early, morning. When it reaches last quarter, a week after full Moon, it will rise approximately midnight and set about noon.
The Moon will be approximately 366920 km from Earth, and it will be in constellation Leo (figure 7). 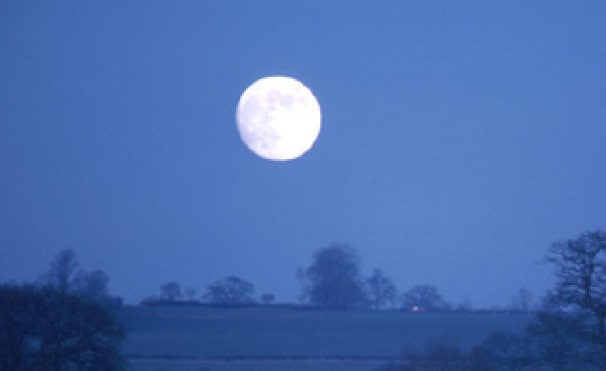 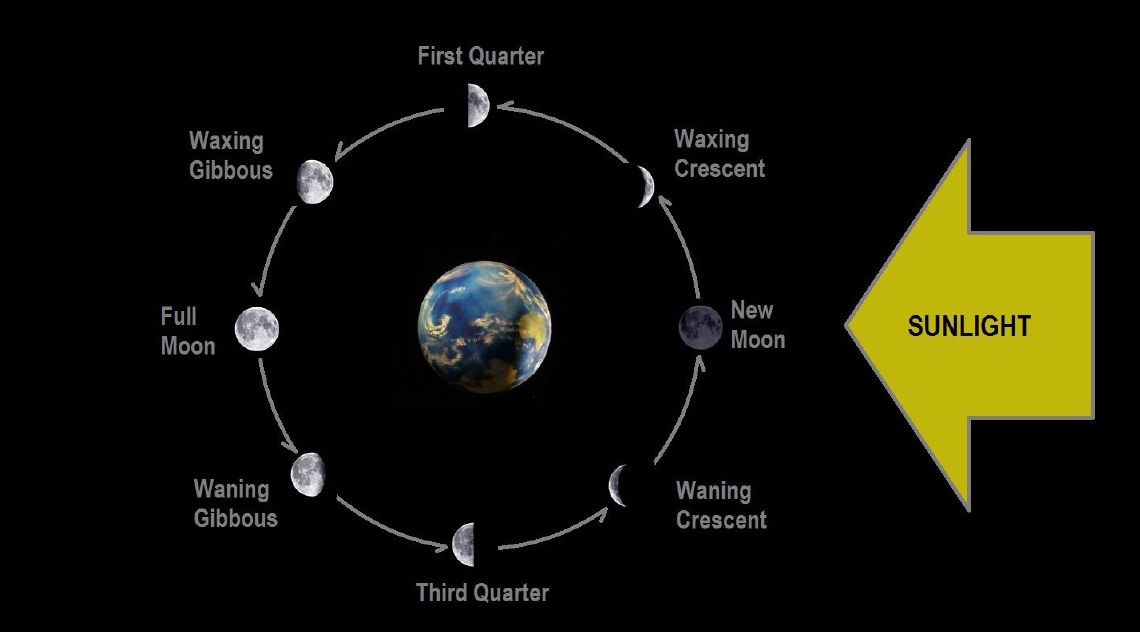 Figure 6: Phases of the Moon, with full Moon. 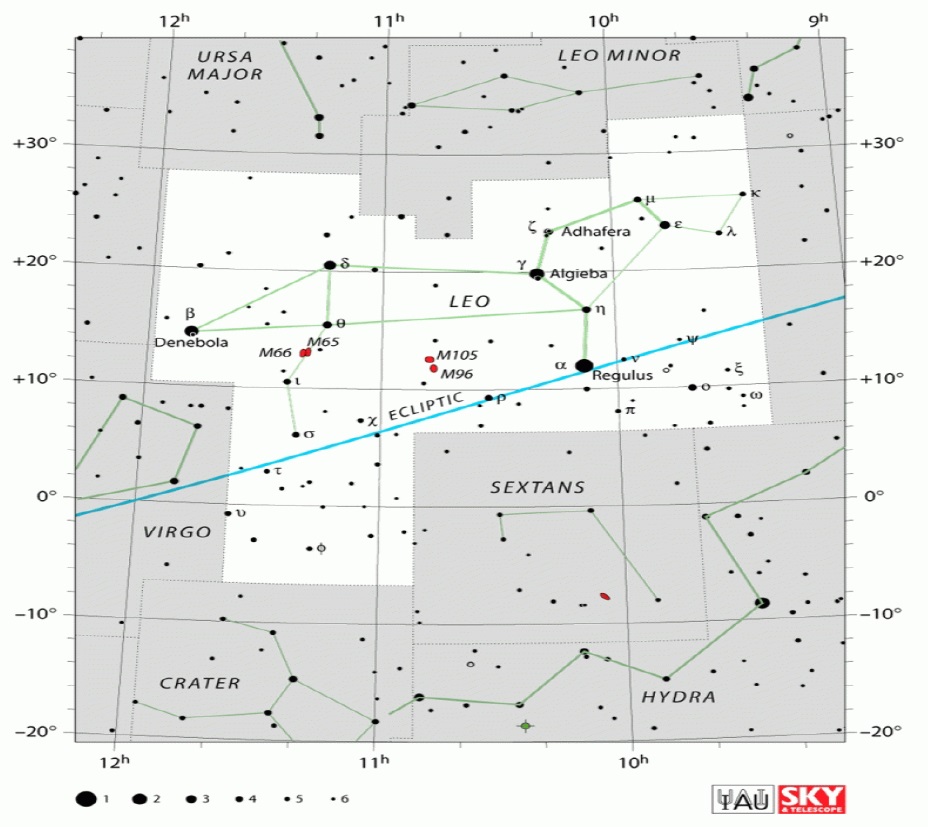