2nd: Saturn at opposition (figure 1). In constellation Capricornus it will be visible most of the night (22:33 to 04:17), above South East horizon. Reaching highest point in the sky at 01:25, above Southern horizon. In positional astronomy, two astronomical objects are in opposition when they are on opposite sides of the celestial sphere, as observed from a given body (usually Earth). A planet (asteroid or comet) is said to be "at opposition" when it is in opposition to the Sun. Saturn will be 1336.7 million km (1.3 billion km) from Earth. 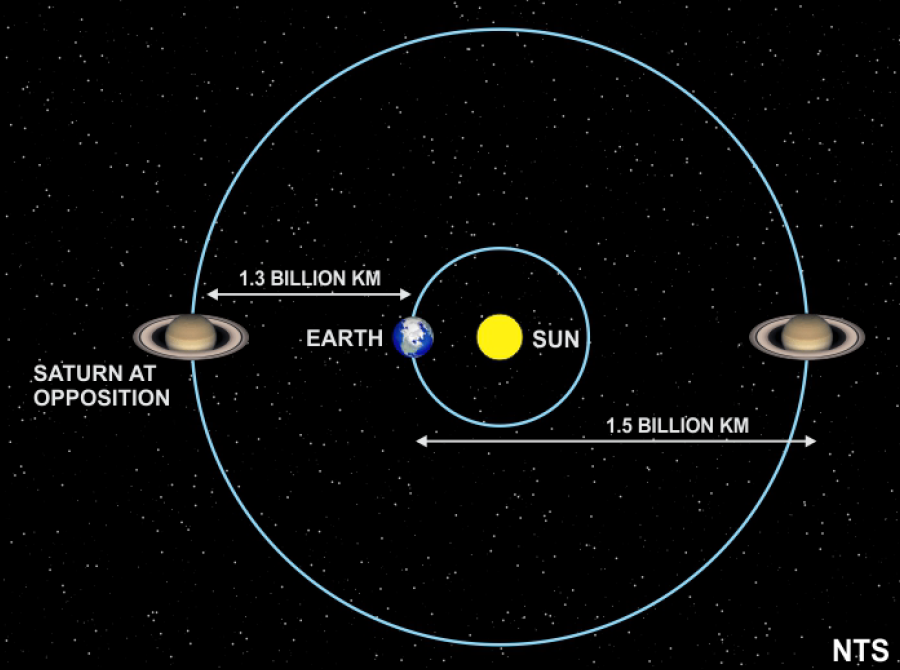 12th: Perseid meteor shower (figure 2) will display 17th July to 24th August. Radiant point being constellation Pereus (figure 3). Radiant point will be above the horizon. Best meteor display will be prior to dawn and following dusk between 9th and 13th August. The shower consists of fragments of space debris from comet 109P/Swift Tuttle. 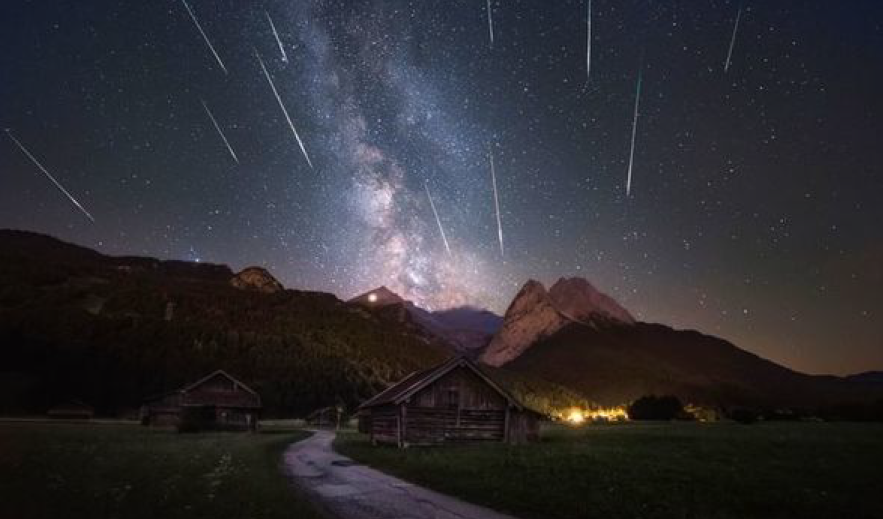 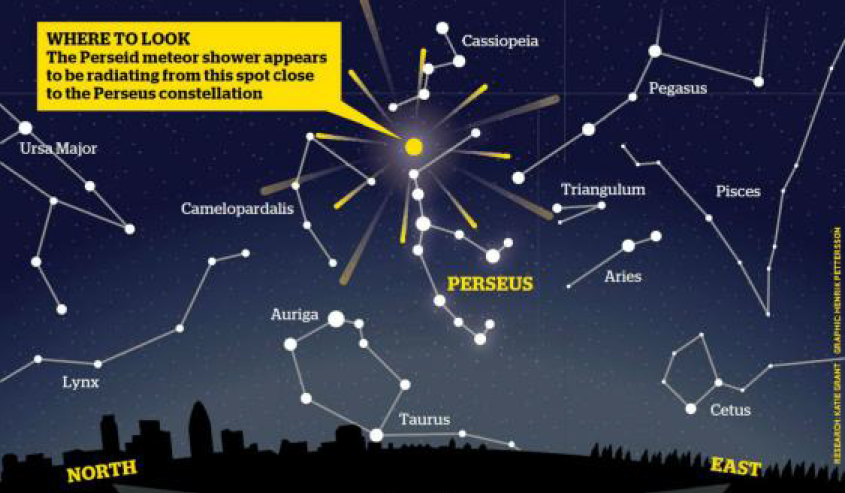 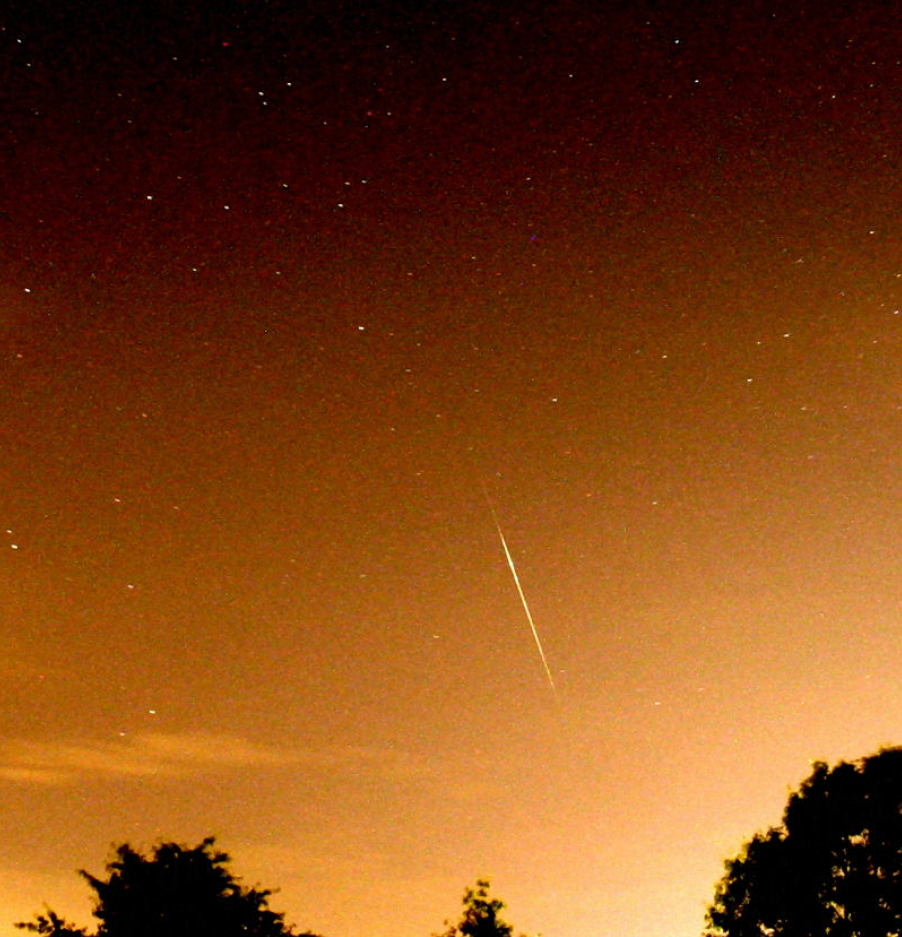 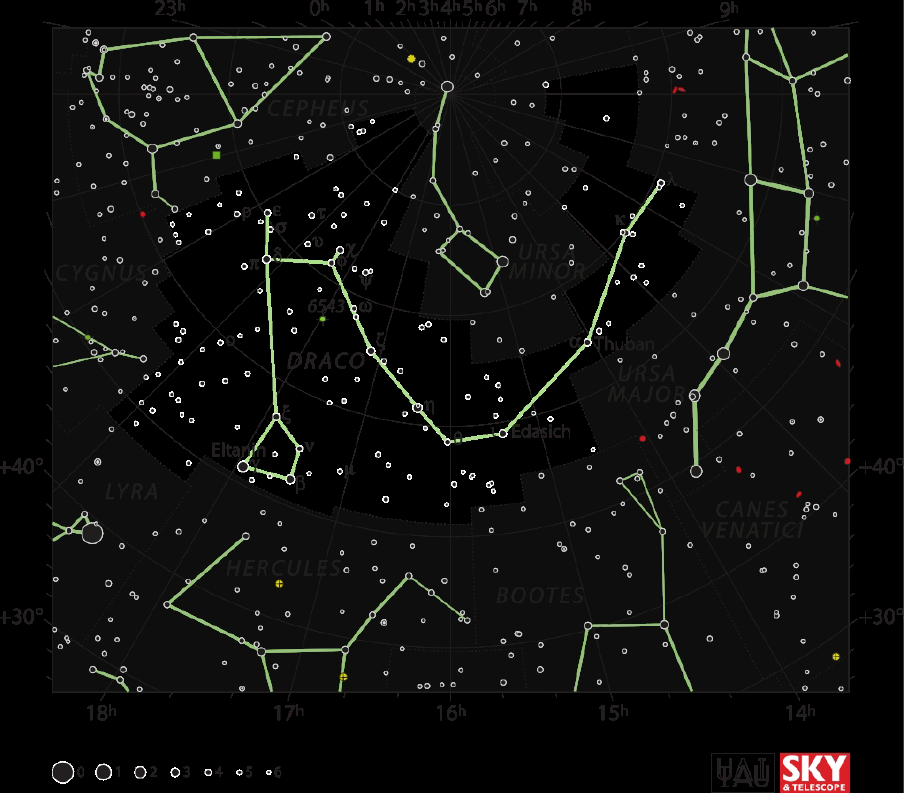 20th: Jupiter at opposition (figure 6), when it lies opposite the Sun. Constellation Capricornus (figure 8). Visible between 21:32 and 05:11. Becoming accessible above South East horizon. Reaching highest point at 01:21, above Southern horizon. Becoming inaccessible at 05:11 when it disappears above South Western horizon. Jupiter will be 600 million km from Earth. 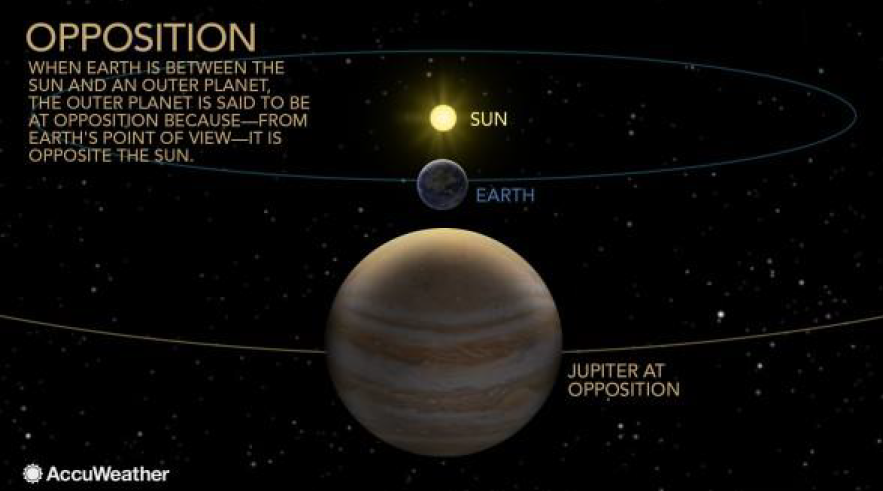 20th: Conjunction of Moon and Saturn (figure 7). Visible between 21:00 and 03:20. Visible above South East horizon. Reaching highest point at 00:10, above Southern horizon. Becoming inaccessible approximately 03:20, Saturn will be 1344 million km from Earth and the Moon will be 372599 km from Earth. Constellation Capricornus (figure 8). 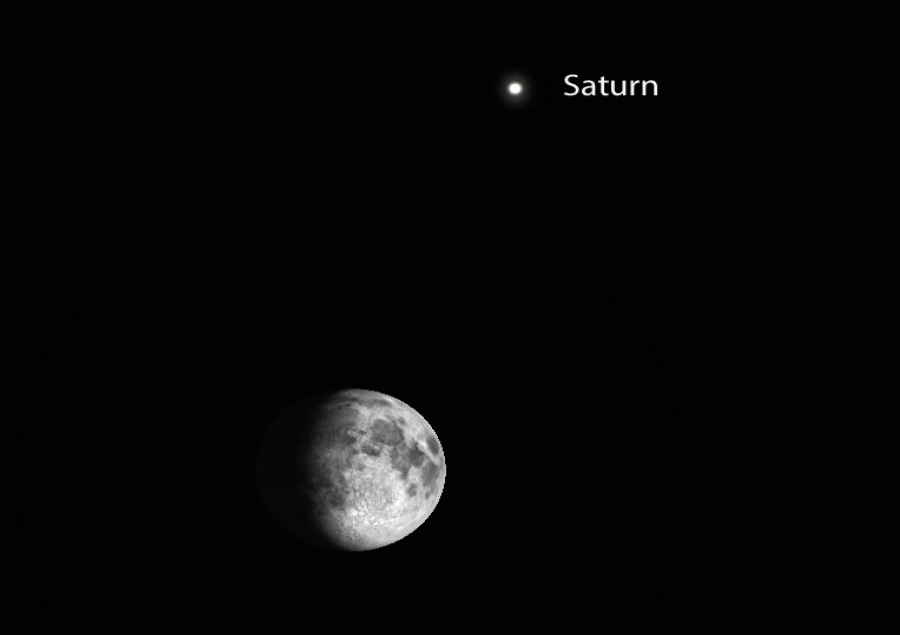 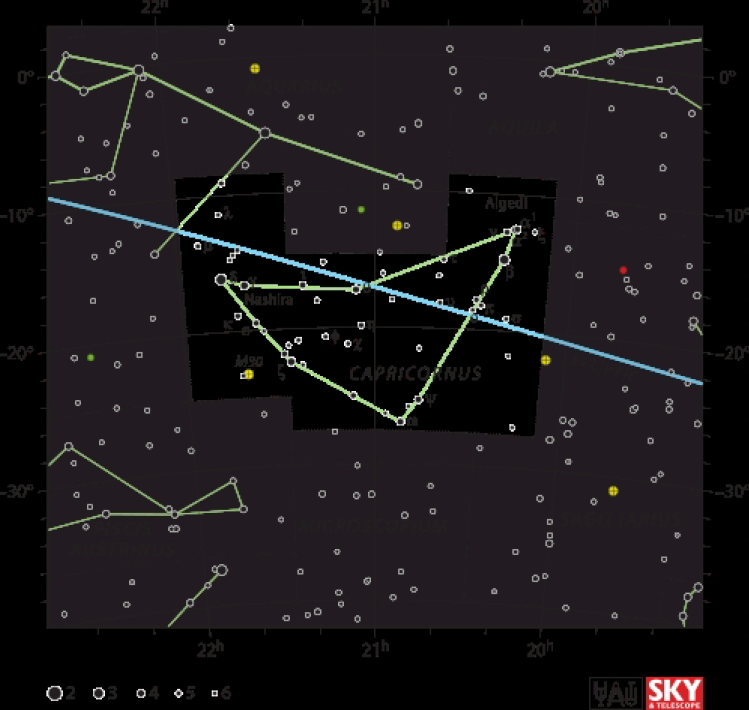 21st: Close approach of Moon and Saturn (figure 9). Visible from 20:53 (BST), above South East, as darkness begins. Observable until approximately 03:18 to the South West. Saturn will be 1345 million km from Earth, the Moon will be 375795 km from Earth. Constellation Capricornus (figure 8). 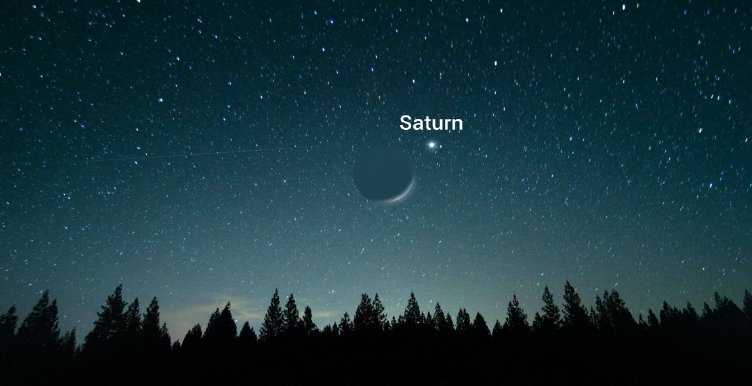 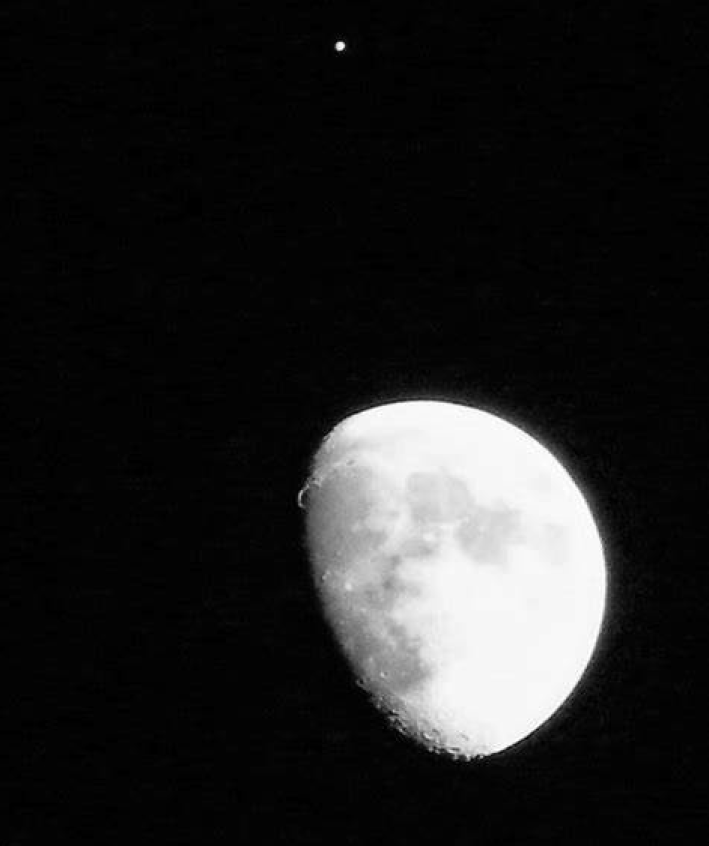 22nd: Full Moon (figure 11). Called sturgeon Moon because of the large number of fish in the lakes where the Algonquin tribes fished. Other names include Green Corn Moon, Barley Moon, Fruit Moon, and Grain Moon from Old English/Anglo, Saxon. 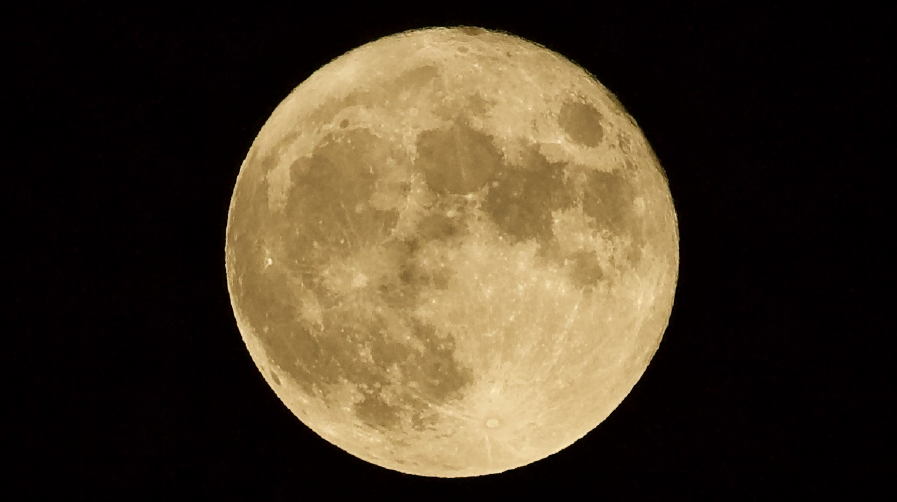