1st to 28th: Constellations Ursa Minor, Ursa Major, Draco, Cepheus, and otherswill be viewable. Also, visible will be the Pole star (North star or Polaris). Polaris is 432.57 light years away, and the brightest star in Ursa Minor, also visible is the star Kochab, 130.93 light years distant (figures 1 to 4). 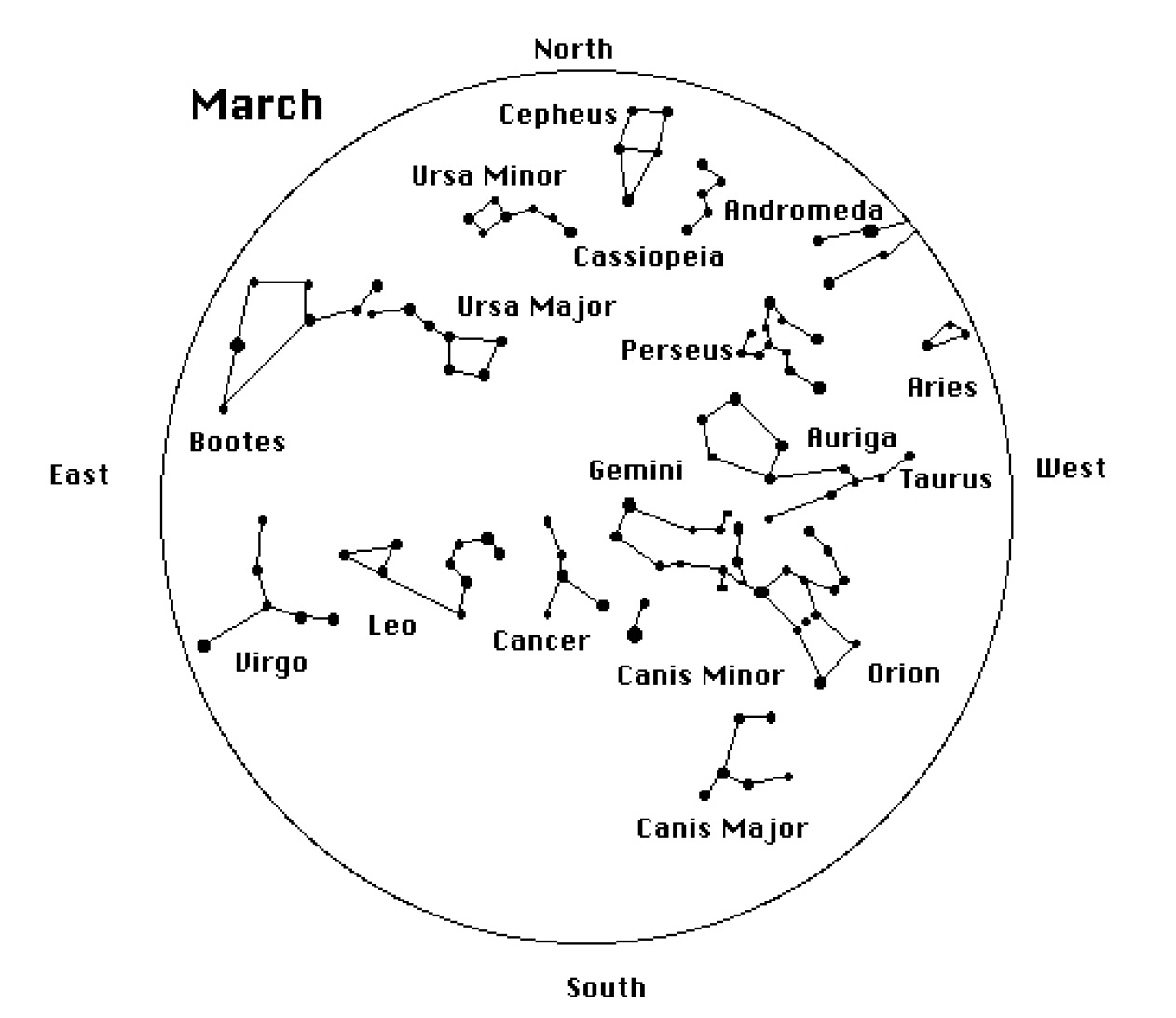 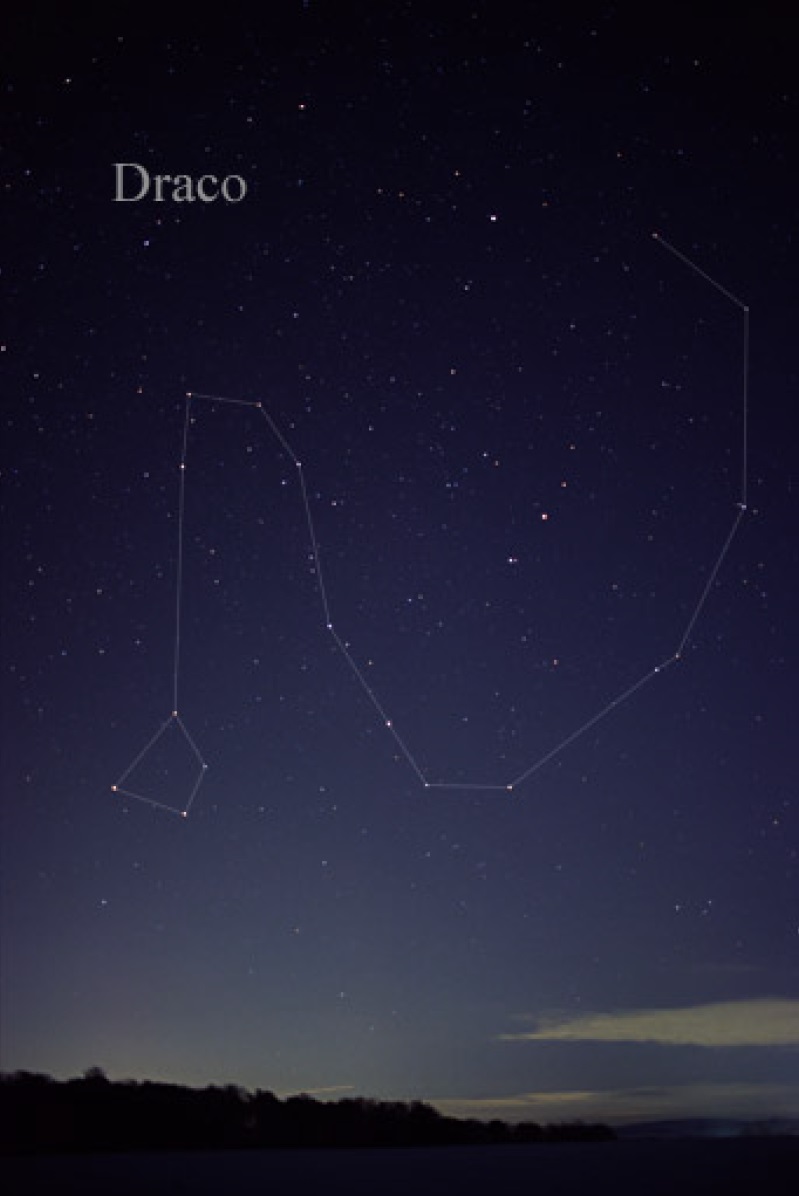 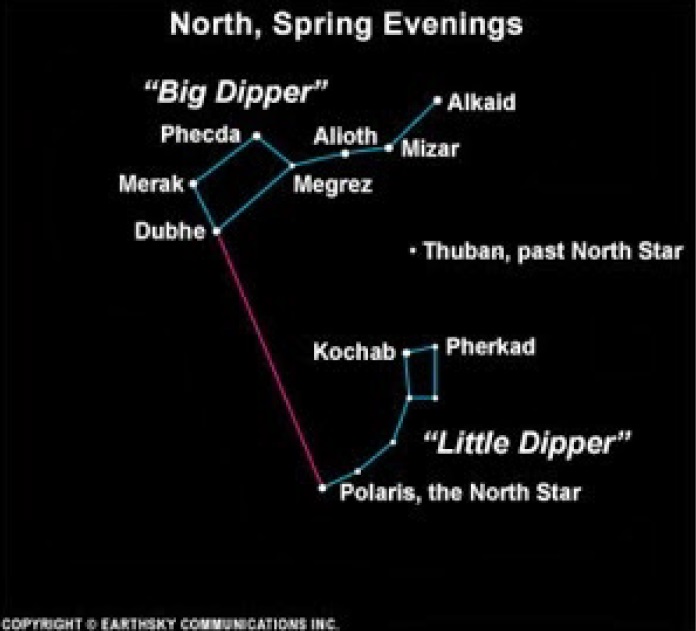 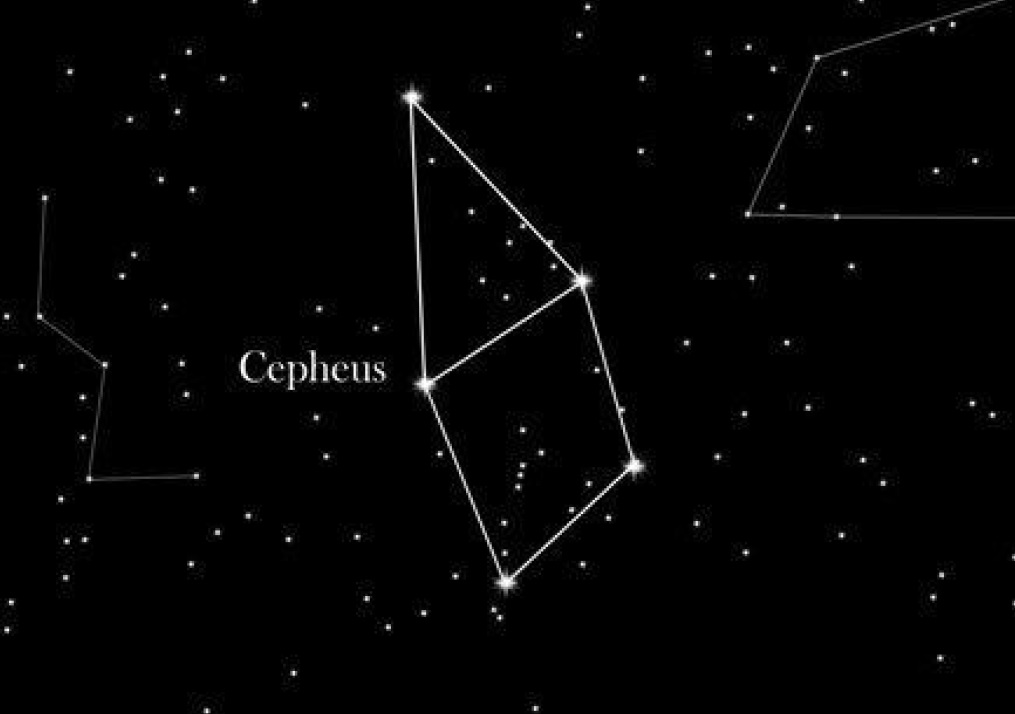 Figure 4: Cepheus (after a king of Aethiopia in Greek mythology).

1st to 28th: South, Canis Minor, with star Procyon, Canis Major with star Sirius,and constellation Gemini, a few of the constellations on view (figures 5 to 8). 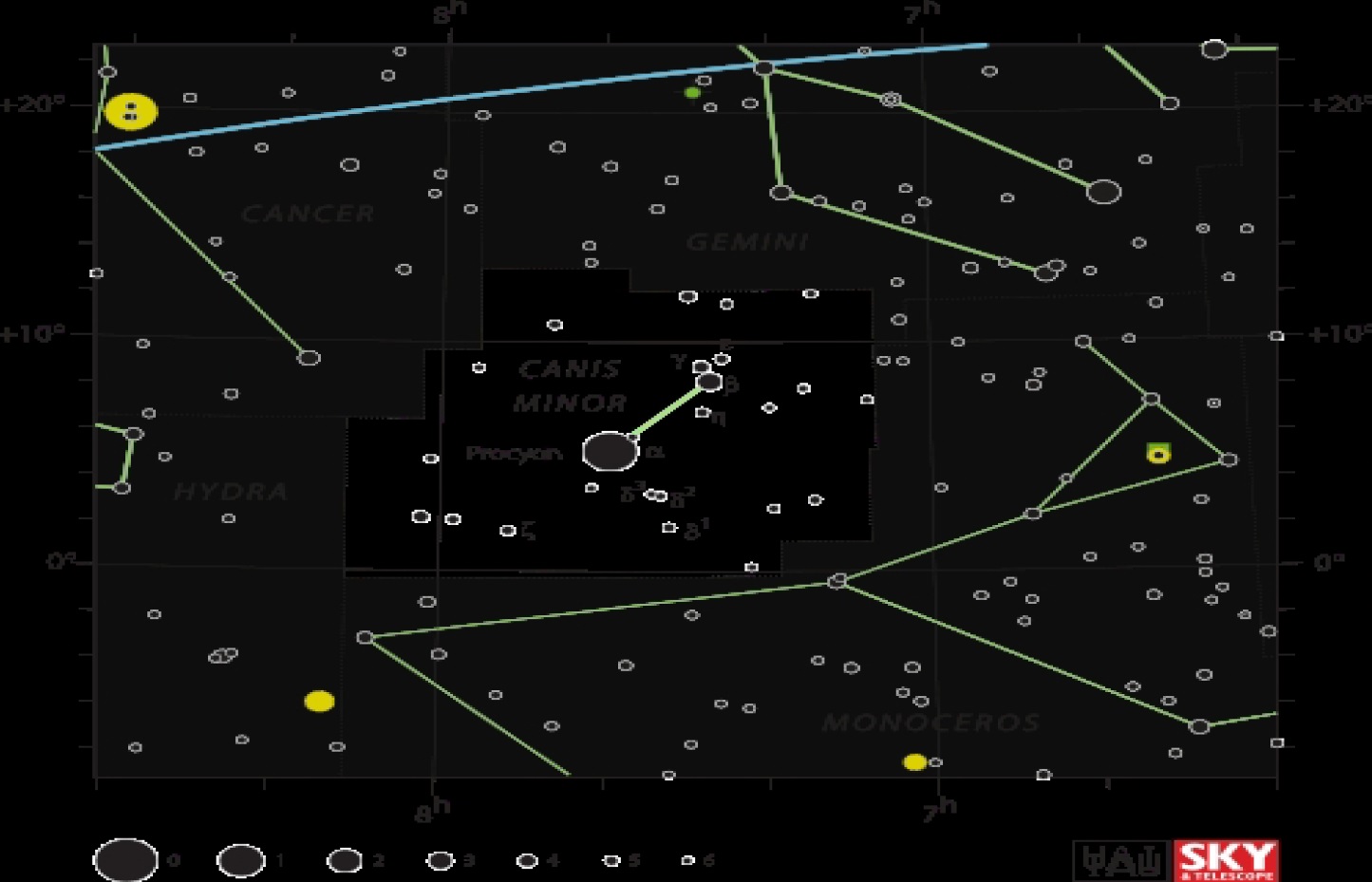 Figure 5: Canis Minor with Procyon. Procyon appears to be a single star when viewed from Earth, however, it is a binary star system (two stars) 11.46 light years away. 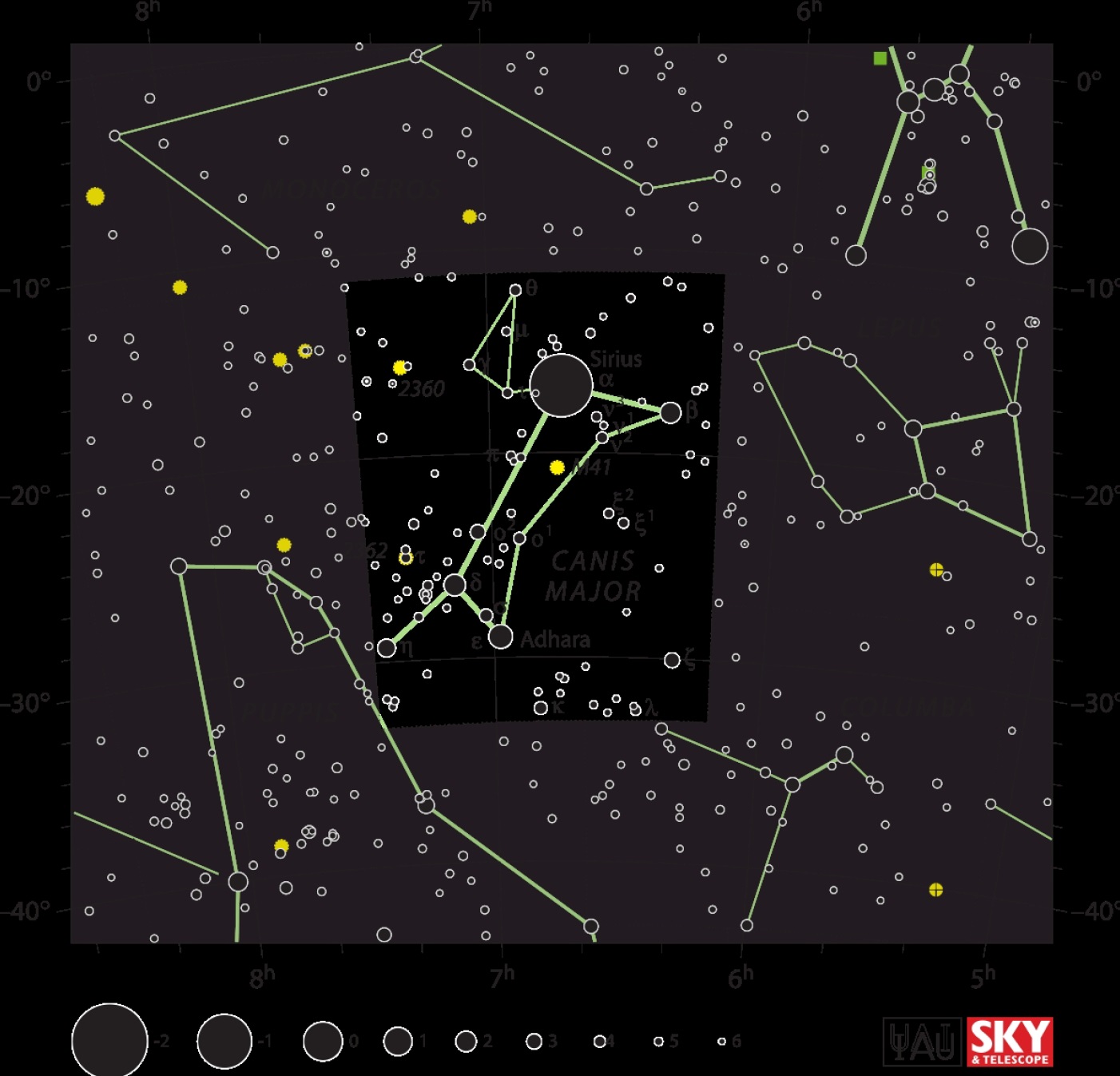 Figure 6: Canis Major with Sirius. Sirius is 8.6 light years away, and is a binary star system. Sirius, Greek for “glowing” or “scorching”. 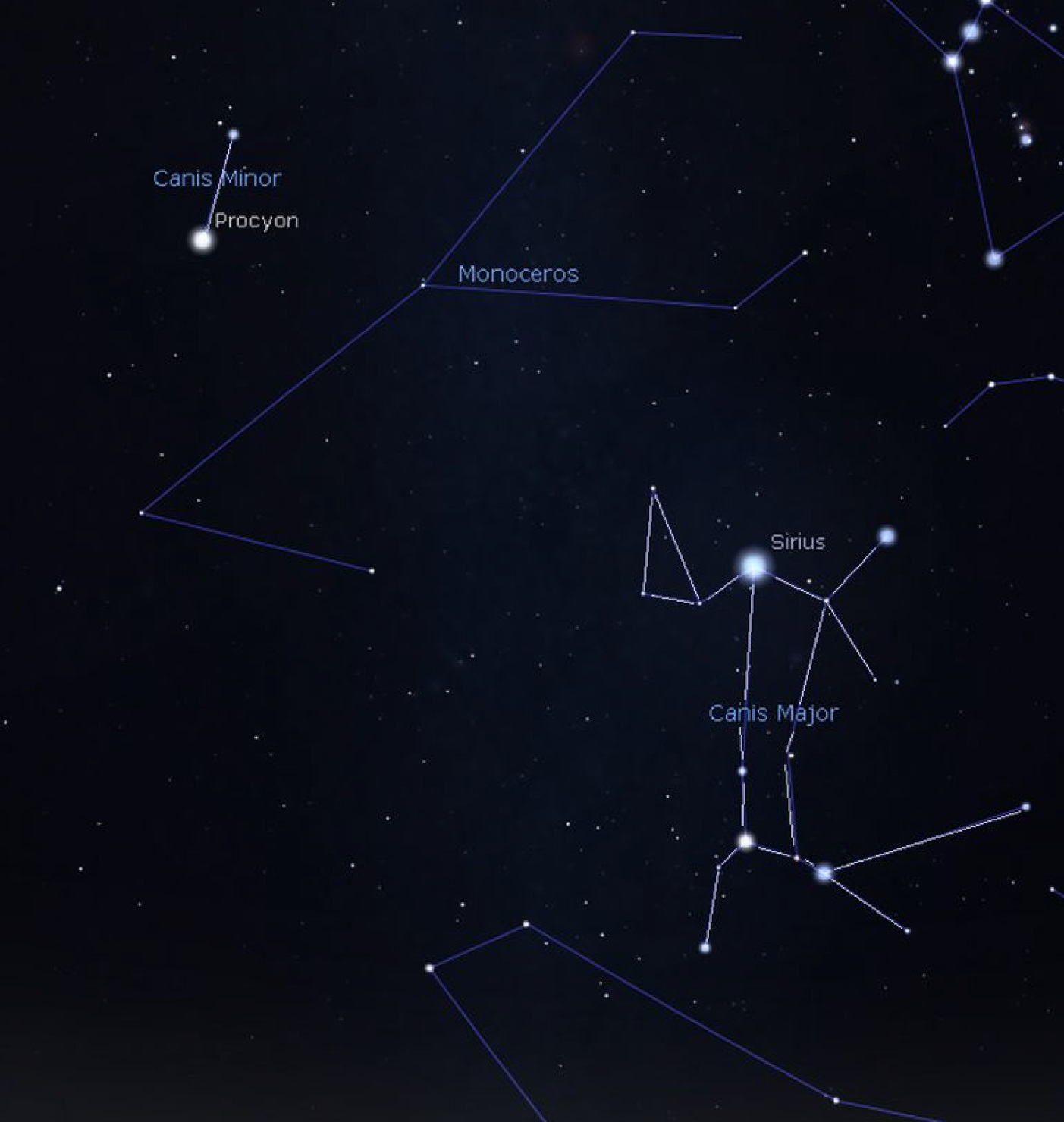 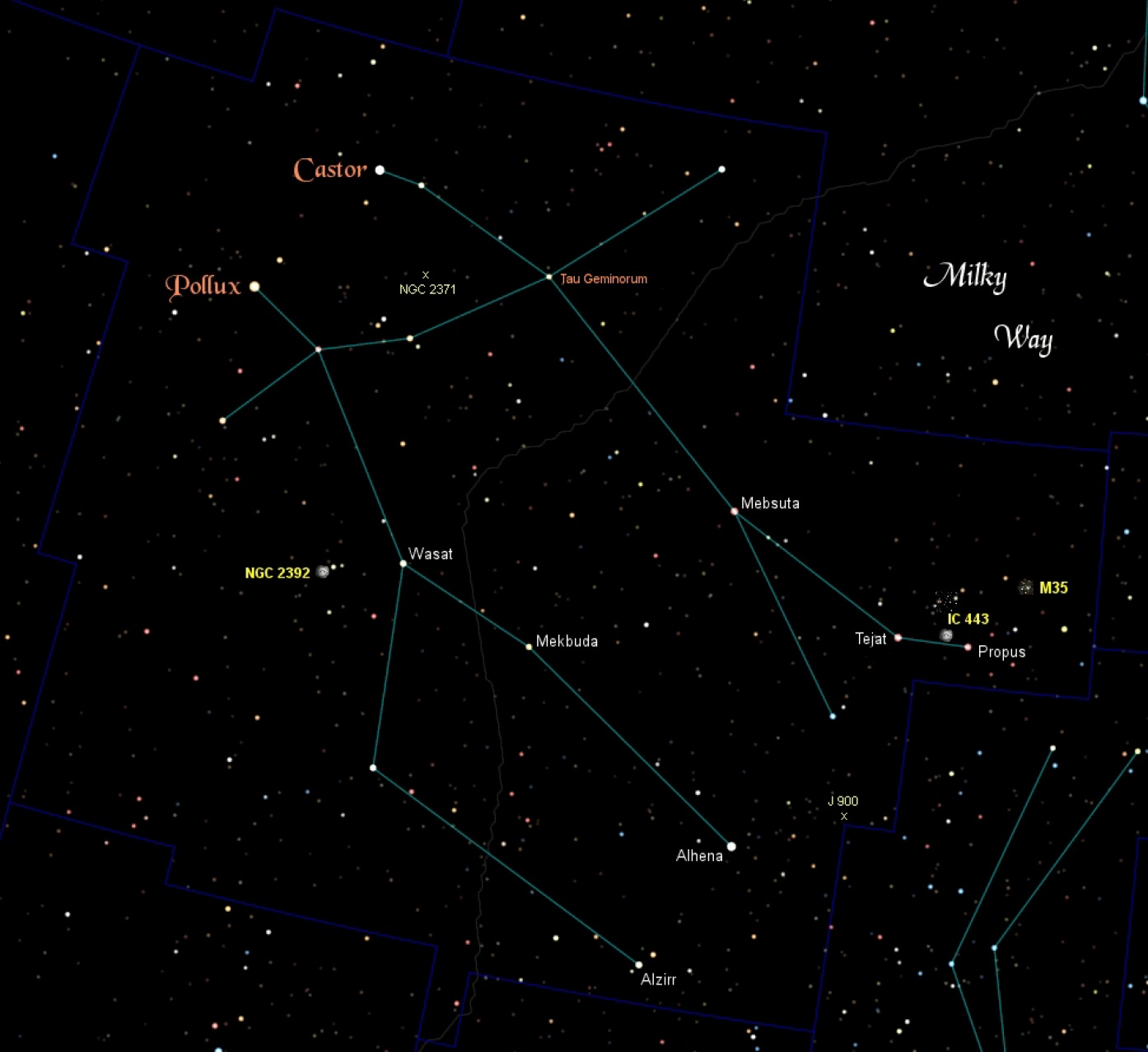 19th: Conjunction of Moon and Mars (figures 9/10), visible, 18:50 (GMT)above South West, moving towards horizon, setting at 01:15, in Taurus. Visible to the unaided eye or through binoculars. Conjunction occurs

when planets or a planet and the Moon appear incredibly close to one another in the sky because they line up with Earth in their respective orbits. Moon will be 398787 km from Earth, Mars will be 246.4 million km from Earth. 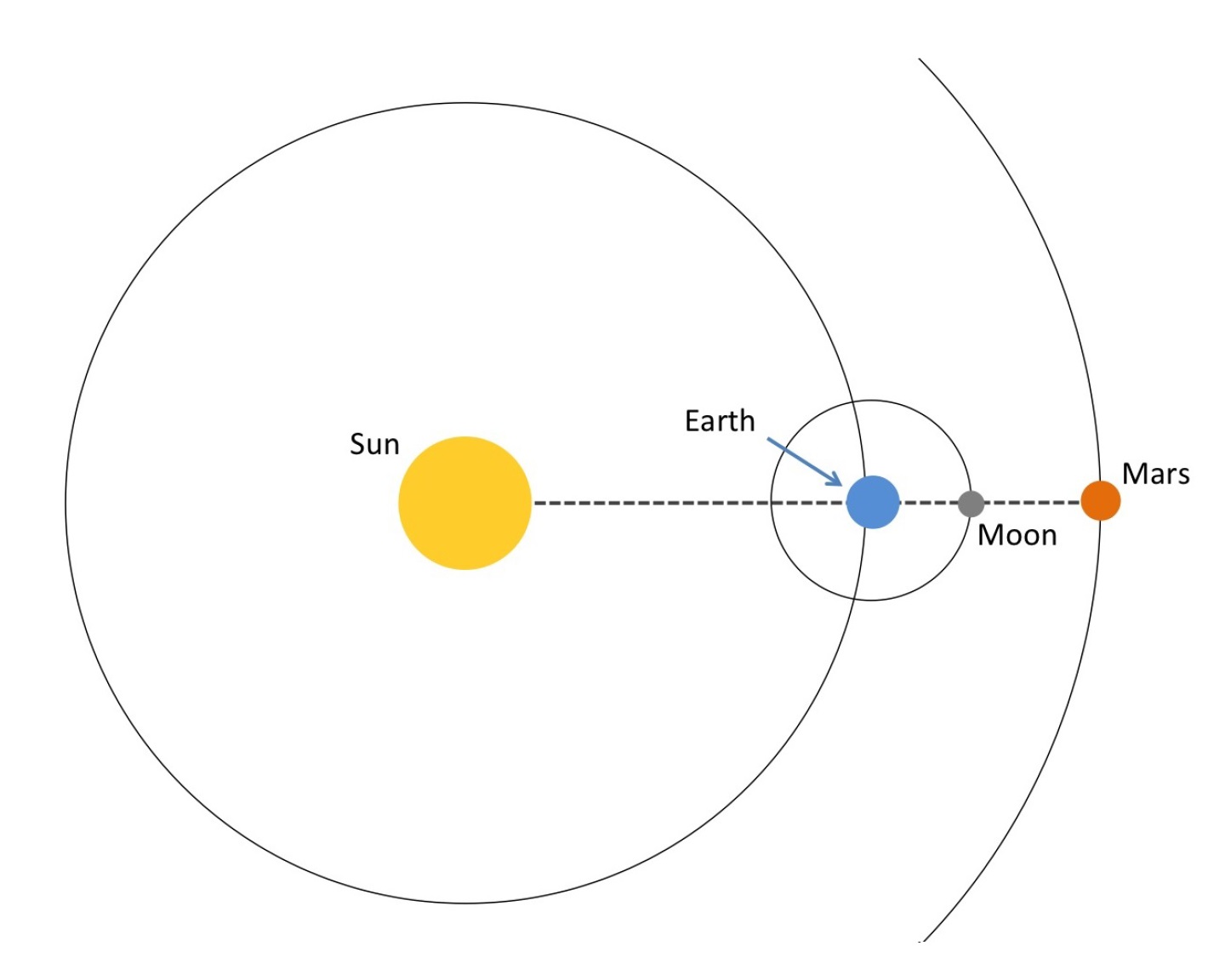 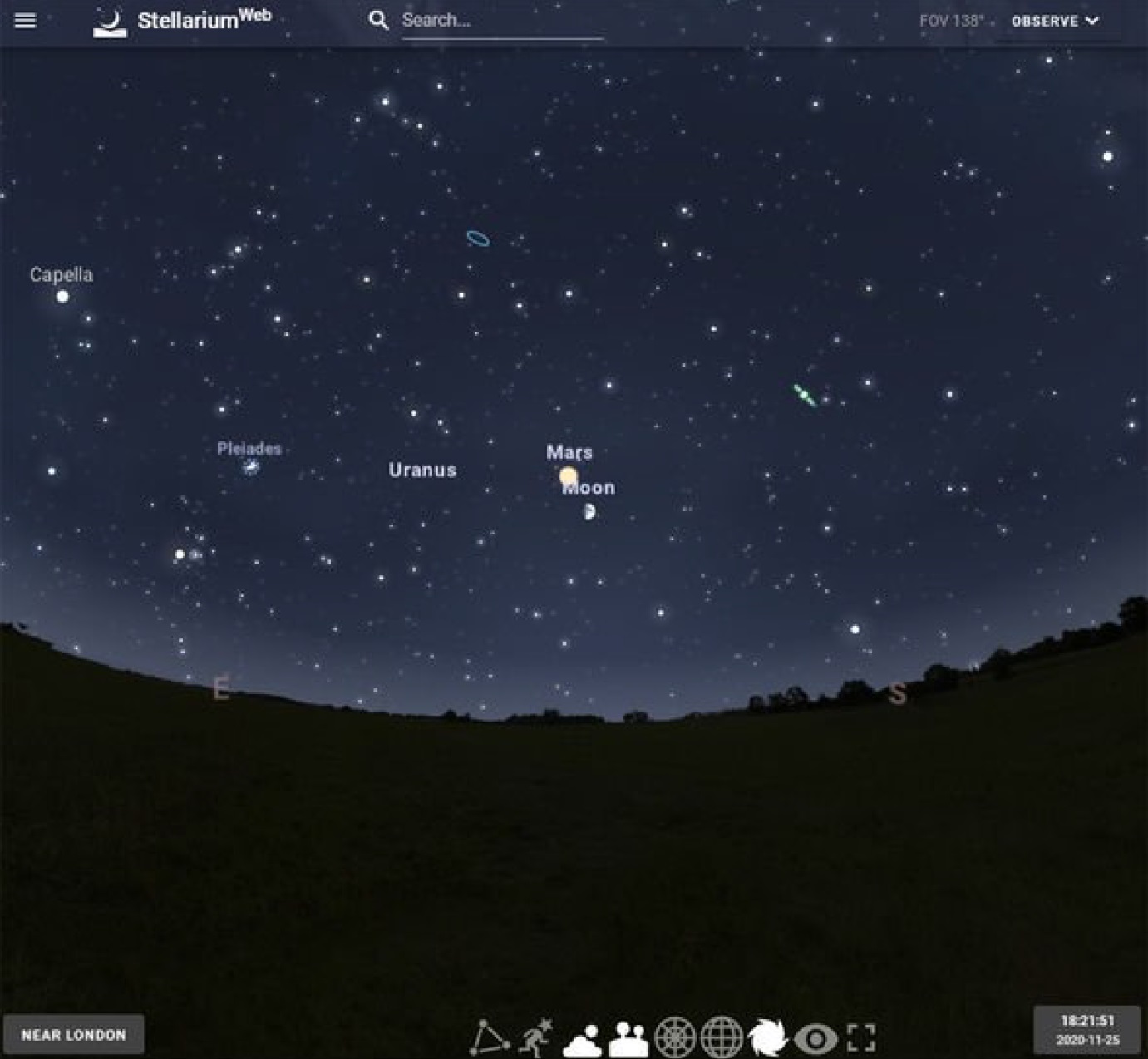 20th: March Equinox (figure 11), marking first day of spring for Northernhemisphere. Everywhere on Earth having approximately 12 hours of day and night. Equinox derived from Latin, meaning aequus (equal) and nox (night). On the day of the equinox the Sun rises from the point on the horizon which lies due East, and sets beneath the point which lies due West. 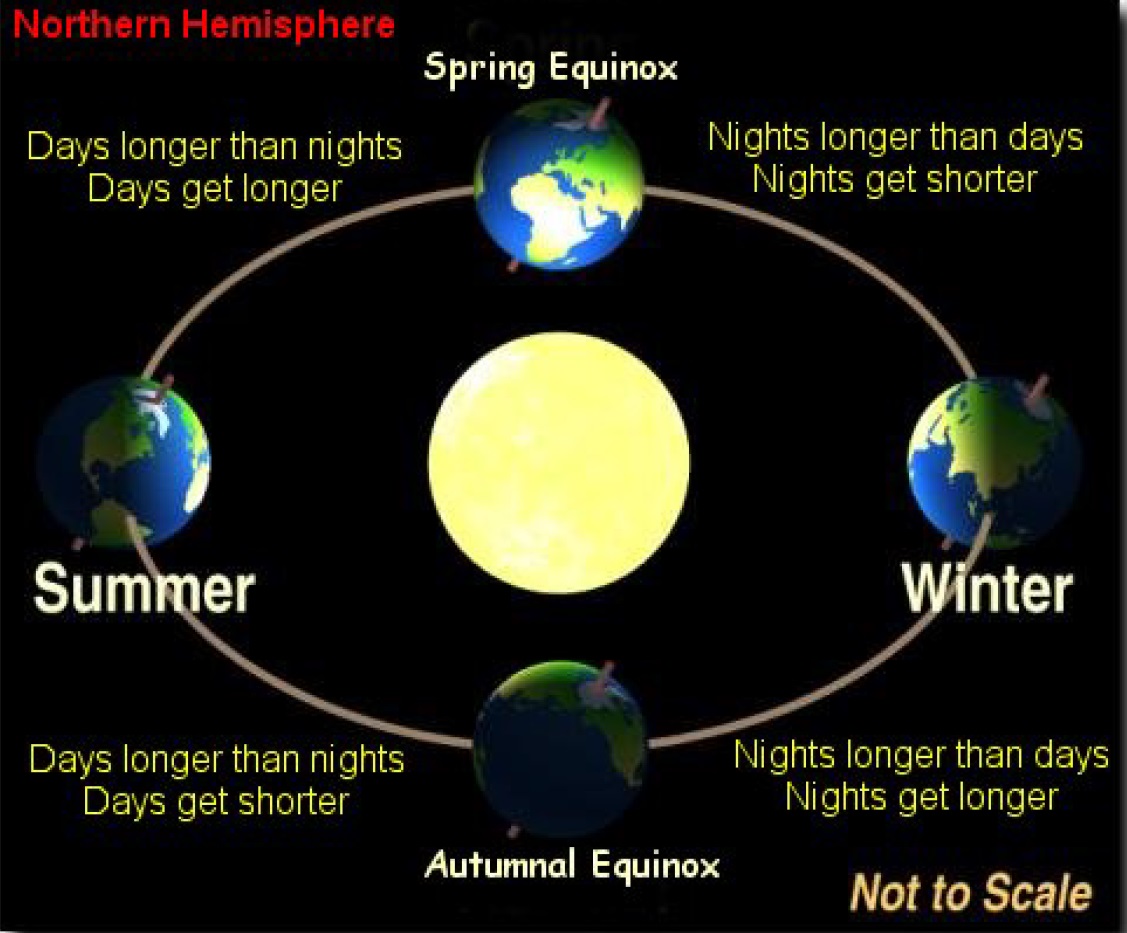 Worm Moon occurs the same month as Spring Equinox, which is March 20th. 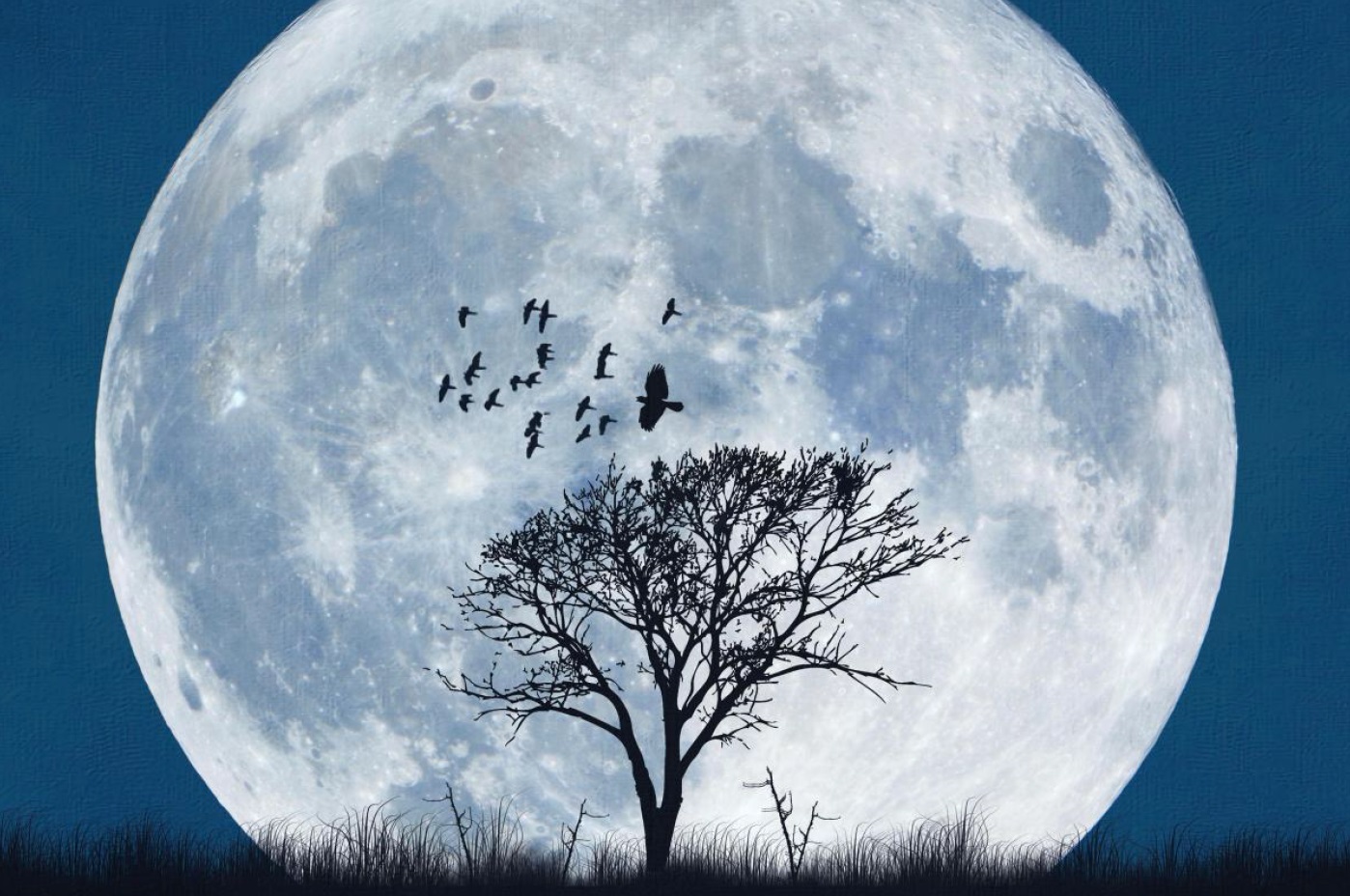