8th: Full Moon (figure 1). It will take place unusually close to the time of month when the Moon also makes its closest approach to the Earth, called its perigee. Meaning the moon will appear slightly larger and brighter than at other times, though any difference is imperceptible to the unaided eye. Perigee full moons such as this occur approximately once every 13 months. The sequence of full moons through the year are often assigned names according to the seasons in which they fall. This month's will be the first to fall in spring 2020, the Egg Moon. Nights following 8th April, the Moon will rise approximately 1 hour later each day, becoming prominent later in the night. Within a few days, it will only be visible in the pre, dawn and early morning sky. When it reaches last quarter, 1 week after full moon, it will rise at approximately midnight and set at noon. When the Moon reaches full phase, it will lie at a declination of -02°46' in the constellation Virgo and so will appear high in the sky. It will be visible at all latitudes between 77°N and 82°S.
The distance from the Earth will be 357 000 km (233 014 miles).

22nd: Lyrid Meteor Shower (figure 2 & 3). Active from 16 April to 25 April, producing its peak rate of meteors around 22 April. The radiant point will be above the horizon all night, meaning the shower will be active during the hours of darkness. Radiant point culminates (highest in sky) after dawn, at approximately 04:00 GMT and therefore the shower is likely to produce the best displays shortly before dawn, when the radiant point is highest. 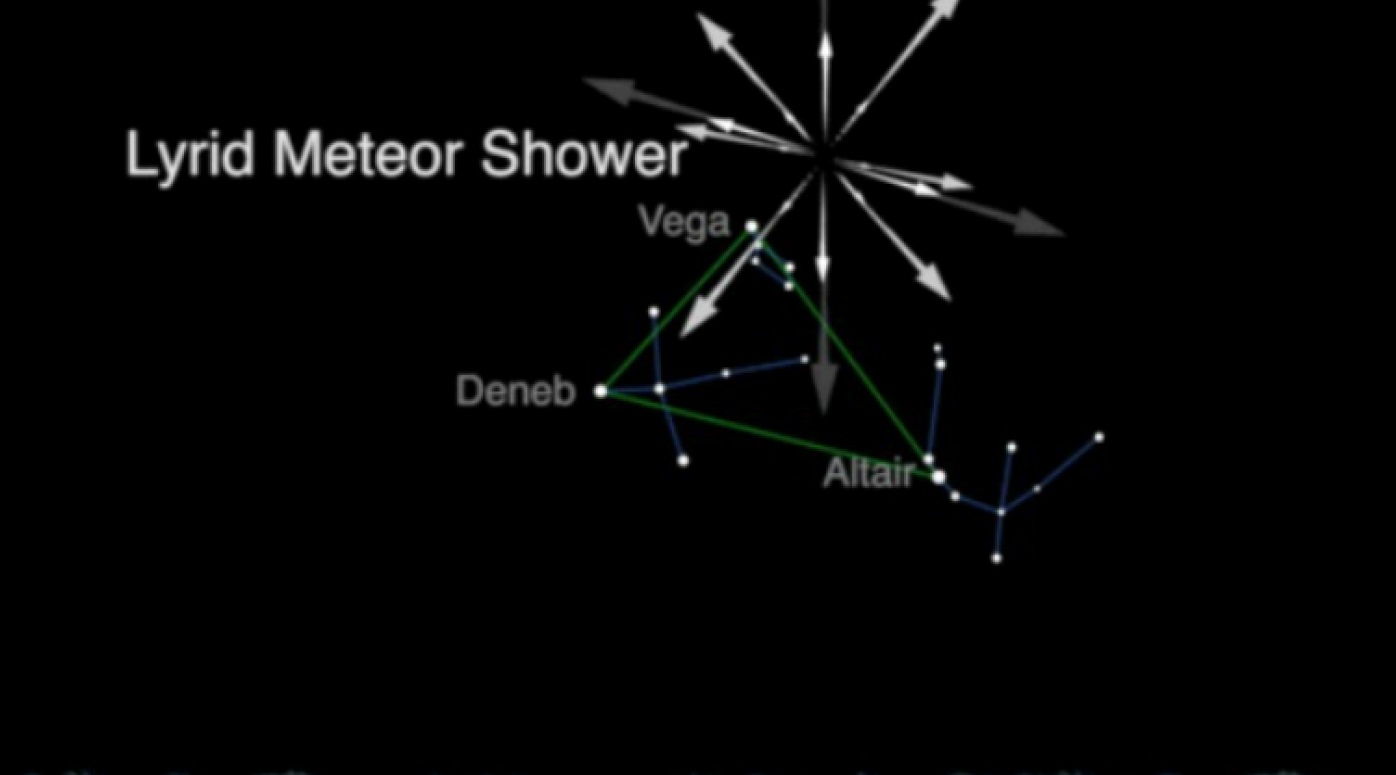 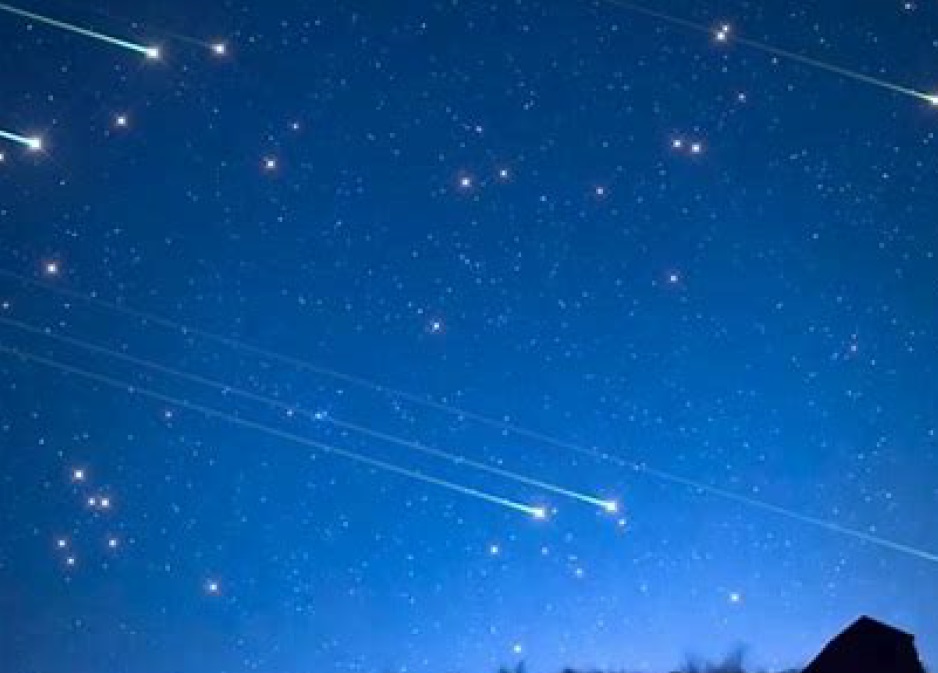 26th: Conjunction of Moon and Venus (figure 4). Moon and Venus will share the same right ascension, with the Moon passing 6°03' to the south of Venus. The Moon will be 3 days old. Becoming visible approximately 20:55 (GMT) as dusk sky fades, 30° above Western horizon. Sinking towards the horizon, setting at 00:52. A conjunction occurs when two astronomical objects or spacecraft have either the same right ascension or same ecliptic longitude, usually as observed from Earth. 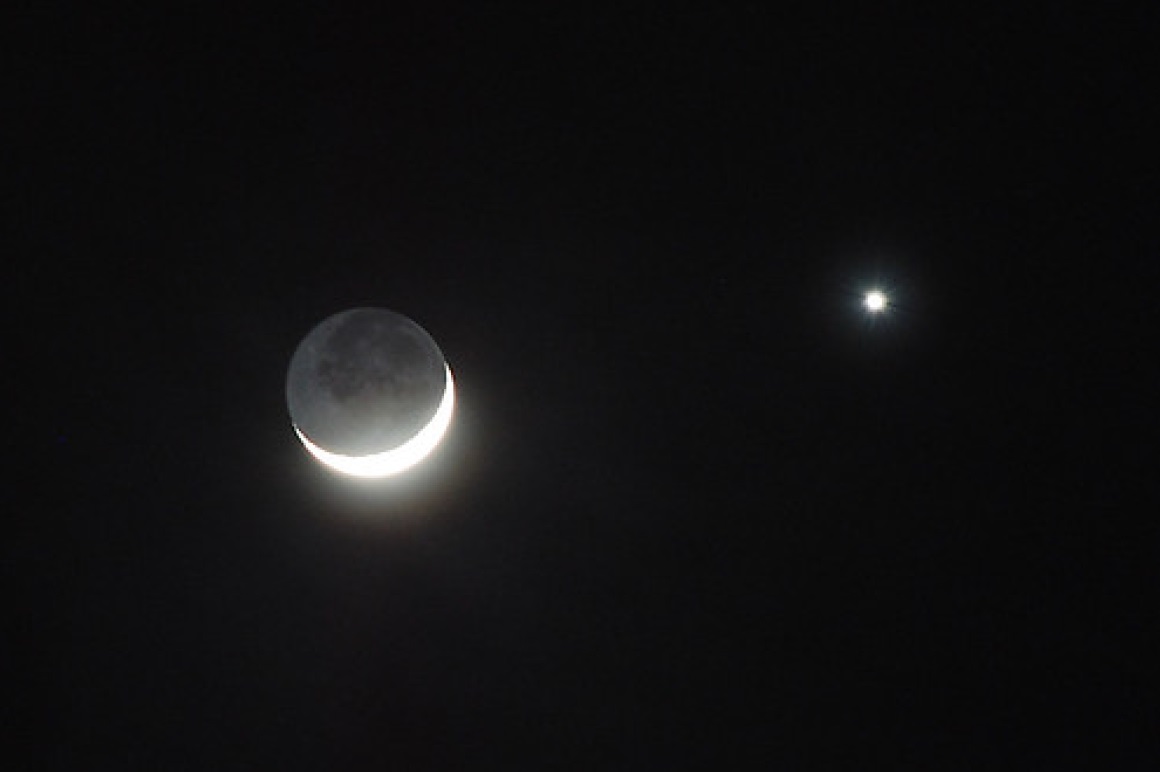 Figure 4: Conjunction of Moon and Venus.

28th: Venus at greatest brightness (figure 5 & 6). Reaching greatest brightness in its 2019 - 2020 evening apparition. It will be shining brightly. This apparition will be exceptionally well placed and prominent, reaching a peak altitude of 41° above the horizon at Sunset on 27th March 2020. 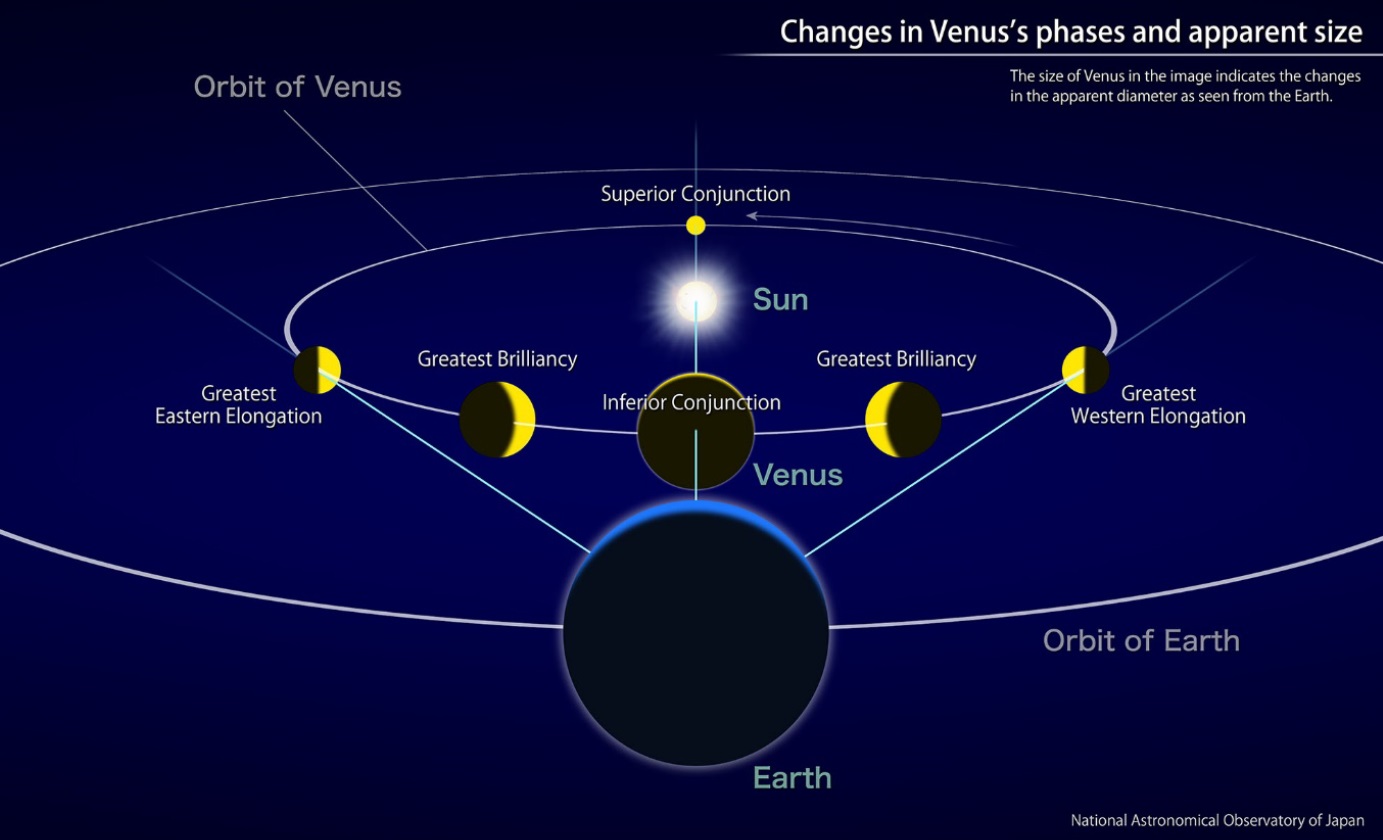 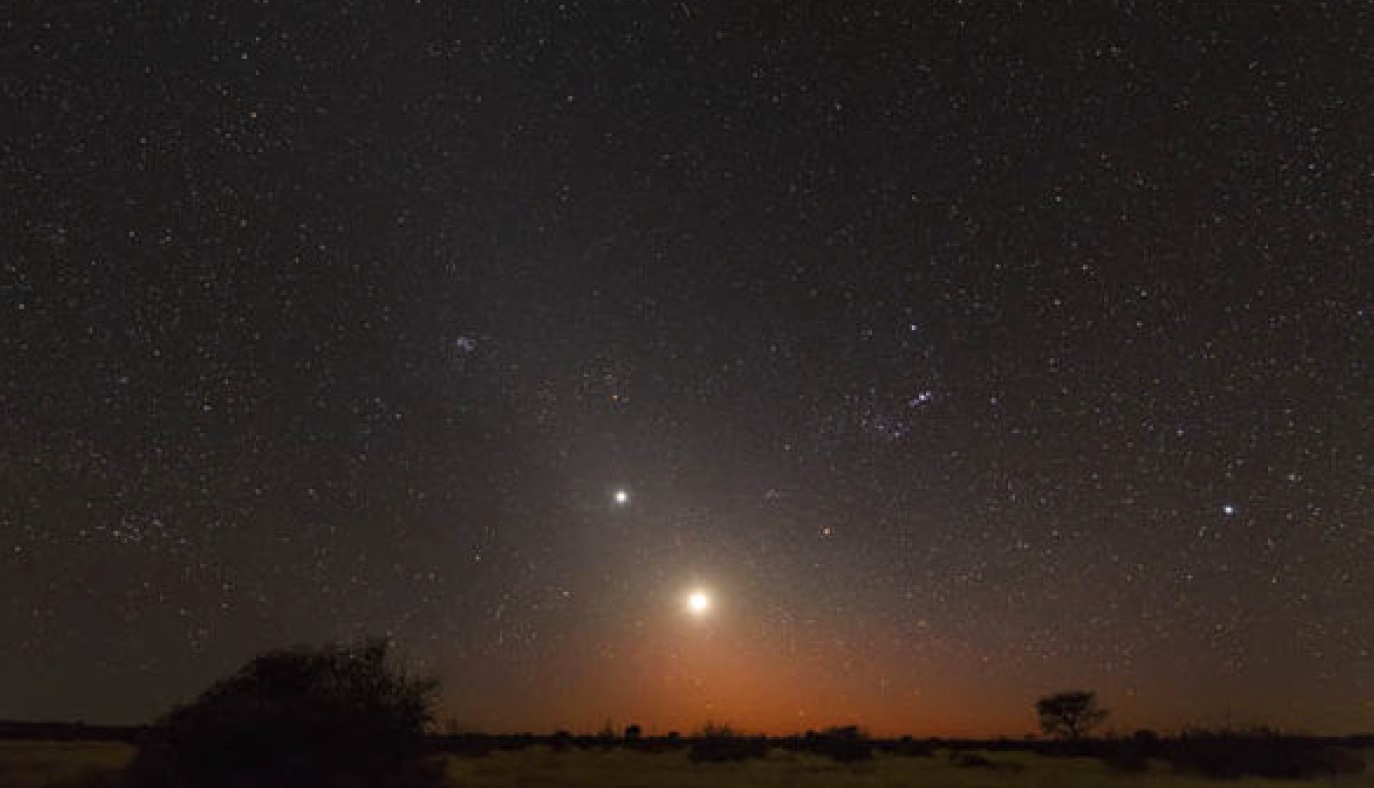